It was four days before Christmas when a major, multimillion-dollar settlement was announced in a California healthcare fraud whistleblower lawsuit involving alleged kickbacks and other incentives to doctors in exchange for additional business. 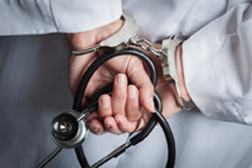 The Insurance Commissioner for the State of California announced the $23.2 million state settlement on December 21.

The whistleblower healthcare fraud lawsuit against Warner Chilcott was brought in 2012 by three former employees of the pharmaceutical firm. The lawsuit was brought amidst allegations that Warner Chilcott induced doctors to write prescriptions to patients for medications manufactured and marketed by the defendant - over other manufacturers - in an effort to gain a competitive advantage that was deemed, following an investigation, to be illegal.

Amongst the allegations were claims that Warner Chilcott funneled kickbacks and other inducements to physicians under the premise of physician education. Such events were allegedly staged at high-end hotels and spas but carried little to no educational value. Rather, it was alleged that Warner Chilcott was pampering physicians, with the intent of encouraging them to support Warner Chilcott by increasing the issuance of prescriptions for their products.

Such a practice was deemed as healthcare fraud and violated the California Insurance Code False Claims Act. “Whistleblowers alleged that Warner Chilcott put profit margins ahead of patient needs by using illegal kickbacks to influence physicians’ treatment decisions,” said Commissioner Dave Jones, in a statement released December 21. “The alleged kickback payments and other inducements amounted to a pay-for-play scheme in order to gain an illegal competitive advantage and defraud insurers out of tens of millions of dollars.”

Warner Chilcott appears to have been down this road before. A federal healthcare fraud lawsuit against the pharmaceutical company last year alleging violations of the federal False Claims Act was settled prior to the California case. At the end of October, the US Department of Justice announced a settlement following a guilty plea of healthcare fraud by Warner Chilcott. The plea and settlement resolved both federal civil and criminal liability for alleged activities that violated the federal anti-kickback and HIPAA statutes, and for false claims submitted to Medicare and Medicaid.

That settlement was worth $125 million. Combined with the state settlement in California, the allegations of healthcare fraud against Warner Chilcott cost the company almost $150 million combined.

“Doctors’ medical judgment should be based on what is best for the patient, and not clouded by expensive meals and other pharmaceutical company kickbacks,” said US Attorney Carmen M. Ortiz for the District of Massachusetts, where the federal healthcare fraud lawsuit was brought, in a statement released at the end of October. “Pharmaceutical company executives and employees should not be involved with treatment decisions or submissions to a patient’s insurance company. Today’s enforcement actions demonstrate that the government will seek not only to hold companies accountable, but will identify and charge corporate officials responsible for the fraud.”

In California, the state will receive $11.8 million of the $23.2 million settlement, to be used for enhanced insurance fraud investigation and additional efforts toward prevention.

It is not known how much of the state settlement the whistleblowers would claim, or if they are the same whistleblowers as those involved in the federal healthcare fraud case.

However, in a statement issued by the US Department of Justice on October 29 of last year announcing the federal settlement, it was noted that whistleblowers involved in the federal lawsuit would be receiving just under $23 million. The remainder of the settlement would be shared between the federal government and various states. $22.94 million was to be paid by Warner Chilcott as a criminal fine.

Posted by
Michael
on January 18, 2016
Workers compensation Insurance fraud by NYS watch video. I ended up with an ampuation of my leg & almost dying due to fraud.
Posted by
Michael
on January 18, 2016
Watch this video of an injured claimant describe the fraud that happened to him & resulted in near death & amputation of his leg.
https://youtu.be/rC_0ceIBsyM