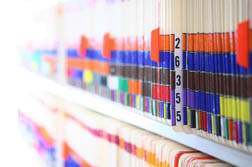 The Oregonian (1/26/16) reports that Dr. Robert Dannenhoffer, former CEO of Architrave Health LLC, filed the lawsuit alleging he was fired and blacklisted when he reported $10 million in improper Medicare payments to local doctors. The lawsuit alleges Umpqua Medical Group - a subsidiary of Architrave Health LLC - violated the False Claims Act and the Stark Act by paying doctors more for prescribing specific drugs or procedures for patients on Medicare.

Under the False Claims Act, a private person can file a lawsuit against people or organizations that knowingly make a false claim for payment from a government program (not counting the IRS), such as Medicare. The False Claims Act awards private citizens between 15 and 30 percent of any recoveries made on the part of the government in a successful claim. Among activities covered by the federal False Claims Act are billing for goods and services that were not delivered, billing more than once for the same goods or services, submitting false service records, and billing for corporate activities not related to the contract (such as marketing).

The Stark Law prohibits physicians from referring patients to healthcare providers with which the physician or an immediate family member has a financial relationship with the provider.

Dannenhoffer further alleges he was retaliated against after being fired when Architrave had Dannenhoffer fired from one job and then prevented him from being hired for another job. Although he has been hired at a new job, he seeks reinstatement to his position as CEO at Architrave. He also seeks back pay and punitive damages.

Meanwhile, a nursing home therapy provider and four skilled nursing facility operators will pay $133 million to the federal government to settle allegations of Medicare fraud. RehabCare will pay $125 million to settle allegations of inflated therapy reimbursement claims to Medicare, with the other four defendants sharing the rest of the settlement. According to the US Department of Justice, US Attorney Carmen M. Ortiz reached the settlement with RehabCare and four nursing facility providers, who made claims based on “unreasonable, unnecessary, or unskilled therapy, or on therapy that never occurred.”

More HEALTHCARE FRAUD News
Among RehabCare’s alleged activities were placing patients in the highest therapy category without making an individualized evaluation, boosting the amount of reported therapy, and reporting that therapy was provided during times patients were asleep or otherwise unable to benefit from skilled therapy. The settlements arose from a qui tam lawsuit filed by a private individual.

“These False Claims Act settlements address allegations that RehabCare and its nursing facility customers engaged in a systematic and broad-ranging scheme to increase profits by delivering, or purporting to deliver, therapy in a manner that was focused on increasing Medicare reimbursement rather than on the clinical needs of patients,” said US Attorney Ortiz.

Posted by
Howard Jones
on February 25, 2016
Dr. Dannenhoffer, thank you for bring this to the peoples eye. I am a victim of the problem going on with this. I do not have funds to hire a lawyer, so I had to wait for someone important to bring this to the public's attention. I filed a complaint about one of the clinic around here for fraud, neglect and abuse. I receive a letter telling me from their lawyer to stop with the fraud complaint, but never addressed the neglect and abuse. I have the letter. I played a loop between the clinic, pharmacy, and insurance for weeks, everyone blamed everyone else for the problem of improper medications and no treatment, appointment after appointment with nothing done. I have six herniated disc just for starters, no surgery, still not able to work. I hope this will help people to get the proper treatment in a timely manner.
Posted by
Thomas zoe
on February 14, 2016
I have back ground in contracts and 2 years of contract compliance experience with 10 years of purchasing experience and a master's degree. If you need help catching people costing the tax payers money contact me. I am willing to move any where to catch theses people.