A battle is continuing between a Los Angeles-based nonprofit healthcare foundation that provides services to AIDS patients in 36 countries, and three former employees who accuse AIDS Healthcare Foundation (AHF) of medical billing fraud that has needlessly cost Medicare and Medicaid $20 million, or so it is alleged in a healthcare fraud lawsuit. 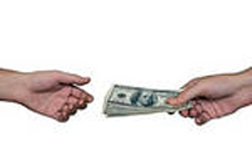 The healthcare fraud whistleblower lawsuit, originally filed in 2014, was amended earlier this month after the federal government and the state of Florida both declined to become involved. Whistleblower lawsuits can be brought on behalf of governments having been allegedly defrauded - in this case, or so it has been alleged, the federal Medicare and Medicaid programs. Governments then have the option of joining or declining the whistleblower lawsuit. When a government joins a lawsuit that later results in a favorable settlement, the individual or individuals having originally brought the suit share in the proceeds.

According to a report from FOX News and the Associated Press (AP, 4/9/15), two former managers and a former director of AHF accused the foundation of wrongdoing through the payment of kickbacks to patients and employees, allegedly in an effort to boost federal funding. Employees, or so it is alleged, were paid $100 each for patient referrals involving individuals presenting positive test results to clinics and pharmacies within the AHF network.

That network has a large footprint, according to the FOX News/AP report, which noted details gleaned from the AHF website that suggested the foundation cares for more than 400,000 patients in 36 countries and is in the throes of leading a mass testing initiative aimed at identifying and subsequently treating an estimated 25 million people who may not be aware they are infected.

The three plaintiffs in the healthcare fraud lawsuit are Jack Carrel of Louisiana, Mauricio Ferrer of Florida, and Shawn Loftis of New York. The three former employees claim to have been fired from their positions with the foundation after they notified their supervisors about the alleged wrongdoing. Attorneys for the three plaintiffs note that the False Claims Act, which lies at the foundation of any whistleblower lawsuit, protects whistleblowers from retaliation of any kind, including job loss. The three were fired anyway.

AHF President Michael Weinstein, in a statement to FOX News/AP, noted that in the view of the AHF, the lawsuit is without merit.

“Not only has AIDS Healthcare Foundation done nothing wrong, our pro-active approach to finding and linking HIV-positive individuals to lifesaving care and treatment is critical to stopping HIV in this country,” he said.

More HEALTHCARE FRAUD News
According to the healthcare billing lawsuit, the kickbacks began in California in 2010. In 2013, Weinstein reportedly touted the AHF business model to attendees of a leadership summit and directed staff to implement the referral incentive program nationally. The program was eventually implemented in 11 other states including Florida. The whistleblower lawsuit was originally filed in South Florida federal court.

AHF’s Weinstein noted that small financial incentives for linking AIDS patients to services are “mainstays of public health interventions,” the AHF president said in a statement.

The plaintiffs assert that the incentives are illegal and have signaled their intent to continue their False Claims Act lawsuit in spite of decisions by the federal government and the state government in Florida not to join. Those decisions were reached this past February.

The case is US ex rel. Carrel et al. v. AIDS Healthcare Foundation Inc., Case No. 0:14-cv-61301, in the US District Court for the Southern District of Florida.

Posted by
ML
on July 19, 2015
Healthcare insurance fraud is widespread. As a healthcare provider of 36 years , I have witnessed some of the abuses and have unsuccessfully brought attention to it, even lost a job over it, long before internet, blogging etc. I can speak about facilities (namely hospitals), huge culprits. Want another story, investigate insurance companies and their relationships with the Healthcare Market Place.
Posted by
CABIRI
on April 20, 2015
The entire Healthcare, Big Pharma Corporations, Lobbyists, Agencies should be investigated! The hidden corruption is impacting and harming human beings!

The biggest problem is the individuals with deep pockets who are doing whatever necessary for more wealth and global power!