Prepaid debit cards offer a handy solution to consumers concerned about using their credit cards online. However, some consumers say the prepaid visa debit card does not work out as well as expected. James S. says he lost $270 because of his Green Dot prepaid card. 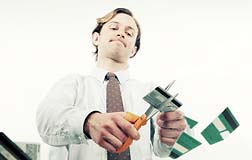 "On November 12, I went to 7-Eleven and bought a Green Dot Debit Visa," James says. "I loaded it with $203 and it worked well; I made one purchase with it. A week later, I got my permanent card. I went back to 7-Eleven on November 24 and preloaded the card with $270. Then I bought some cigars. When I went home, I got an email that said my purchase was declined.

"I logged on to my account and the account doesn't show the $270 that I put on the card. I went back to the 7-Eleven, and they said the money had been sent to the bank. I called the 800 number and was told to call back in four hours. When I called back, they were closed. I tried again the next day and was given a case number, but to this day the situation has not been resolved.

"I talked to the manager at 7-Eleven and he said they would take the loss on it and give me $270. He said they are having the same problem as me. They can't get hold of anyone to help take care of the missing money.

More PREPAID DEBIT CARD News
"My receipts show that the card was updated. But when I go online, all the account shows is the original $203 and the cigar purchase plus two declined purchases. I checked this morning and the $270 still doesn't show up.

"I've had no help from anyone but 7-Eleven. I gave up two days ago. Every time I phone Green Dot, they're always looking into the situation. I gave them the approval numbers but they're still looking into it.

"I'm done with that card. I bought it because I didn't want to use my regular credit card on the internet but I still feel I got scammed.

"I went online and did research and some people are talking about a class action lawsuit. I'd be interested in that. When you need help from this company, they won't help you. If it was $20, I probably wouldn't care, but it was $270. That was money for Christmas presents."

Posted by
SheenaMarie
on April 6, 2013
My story is very similar to yours except they took $2300 from me altogether. I ended up having to report it to the Better Business Bureau, then one day I got paperwork through the mail to fill out and return with my evidence. They said they couldnt represent me but they would hold onto my evidence 'in case they decide to file a class action suit. Hope Green Dot gets shut down.