Since the FDA issued a Granuflo Class 1 recall in March 2012, more dialysis patients have become aware of Granuflo and NaturaLyte side effects and with that, an increase in DaVita and Fresenius lawsuits. 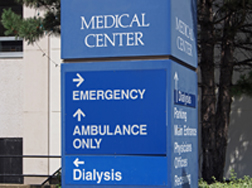 Six months after the Granuflo recall, a wrongful death lawsuit was filed on behalf of a man who died from a heart attack after being treated with GranuFlo. A more recent lawsuit filed in January 2014 by the family of a woman who died of cardiac arrest alleges that GranuFlo and NaturaLyte were associated with a risk of metabolic alkalosis, but failed to provide adequate warnings regarding this danger. And that has Larry wondering if his mother’s death was caused by Granuflo.

“My mother always had her dialysis treatment at McLaren Hospital but she had an appointment at Hurley Hospital for an unrelated reason and decided to schedule her dialysis at their dialysis clinic,” says Larry. “Mom passed away as she was being wheeled out of the dialysis clinic to her next appointment. The transportation aid who was assisting her told me that she ‘died in mid sentence.’ My family and I can’t help but wonder if her death was caused by the dosage of GranuFlo she received during dialysis.”

More GRANUFLO RECALL News
Last month Larry did another online search and found that more than 450 lawsuits over the recalled GranuFlo and NaturaLyte dialysis medications are now pending in the U.S. District Court, District of Massachusetts. The cases in this federal proceeding (In re Fresenius GranuFlo/Naturalyte Dialysate Litigation, MDL No. 2428) claim that heart attacks, strokes, sudden cardiac arrest and other life-threatening heart problems may result from use of GranuFlo and NaturaLyte manufactured by Fresenius Medical Care. The lawsuits allege that Fresenius failed to provide adequate warnings about these life-threatening side effects.

In November 2011, Fresenius Medical Care told doctors working in its clinics about the increased risk of heart attacks and strokes that its Naturalyte Liquid Acid and Granuflo products could potentially cause for patients who already have high bicarbonate levels. It wasn’t until March 2012 that Fresenius shared such information with other dialysis centers - after the FDA issued a recall (March 29, 2012) of its dialysis products.

Fresenius is one of the largest dialysis product manufacturers in the world. It operates dozens of dialysis centers in the US, which provides dialysis for more than 100,000 people.