When it comes to GranuFlo lawsuits, as with many other drug lawsuits, the question becomes one of what information patients had when they agreed to use the medication. If they had information about the risk of alkali dosing errors, or information about the risks associated with using GranuFlo or NaturaLyte, and still chose to go ahead with treatment, then there is probably nothing they can do. But if they did not have that information - and reports suggest this may be the case - and were exposed to the risks, patients may be eligible to join the growing list of lawsuits filed against Fresenius Medical Care, maker of GranuFlo and NaturaLyte. 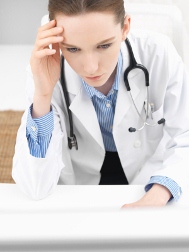 Lawsuits have been filed following reports that GranuFlo and NaturaLyte were linked to an increased risk of heart problems - including heart attack and stroke - due to excessive levels of bicarbonate caused by dosing errors. Among the concerns is that Fresenius allegedly knew about this risk and warned health care professionals at its own clinics about the risks via internal memo, but did not warn professionals at other clinics, putting patients at those clinics at risk of serious adverse reactions.

GranuFlo was the subject of a US Food and Drug Administration (FDA) Class I recall in June 2012.

According to the court documents, GranuFlo is unreasonably dangerous because it causes “rapid and dangerous increases in bicarbonate and a resulting 6 to 8 fold increased risk of cardiopulmonary arrest and death.”

More GRANUFLO RECALL News
At the time, the court documents, which request transfer and consolidation of the lawsuits for pretrial proceedings, were filed, 11 lawsuits were filed against Fresenius, each making similar claims.

In January 2013, Fresenius filed papers agreeing with the move to transfer and consolidate the lawsuits. According to its own documents, as of the time those papers were filed, there were 37 lawsuits involving GranuFlo and NaturaLyte pending in federal district courts.

Fresenius defended itself, saying, “The plaintiffs’ claims will fail on their merits because the plaintiffs cannot show that Fresenius’ products are unreasonably dangerous.” The company also noted that its products are still on the market and used safely in clinics across the US.