While more Granuflo lawsuits are being filed, Fresenius Medical Care has chosen to stand by its products, stating that the company acted properly in handling GranuFlo and NaturaLyte. Lawsuits filed against the company contradict that, however, alleging the company knew well before a recall was announced that there was a risk of alkali dosing errors. 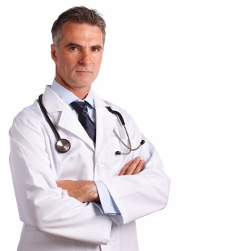 On December 13, 2012, Fresenius issued a statement regarding GranuFlo lawsuits. In the statement, the company noted that a petition had been filed to form a federal multidistrict litigation, consolidating the wrongful death lawsuits. According to the company's statement, the lawsuits allege insufficient warnings for GranuFlo and NaturaLyte caused patients to suffer serious injury.

"The company believes that these lawsuits are without merit, and intends to defend them vigorously," the statement reads. Furthermore, Ben Lipps, CEO of Fresenius Medical Care, stated, "The company's actions related to these products were appropriate and responsible."

How appropriate the company's actions were is up for debate, according to some. A recall of GranuFlo was reportedly announced only after an internal Fresnius memo was leaked to the US Food and Drug Administration. That memo, which was sent to healthcare professionals at Fresnius medical centers, but not to all professionals who used Fresnius products, warned about problems with alkali dosing errors that could potentially result in "sudden cardiac death in the dialysis facility."

More GRANUFLO RECALL News
As a result, the FDA is reportedly investigating the actions of Fresnius. When the FDA announced the voluntary Class 1 recall, it noted that dosing errors could culminate in cardiopulmonary arrest and that the products could cause "serious adverse health consequences, including death," (June 27, 2012).

Fresenius also noted that it had received a subpoena from the US Attorney for the District of Massachusetts, requesting documents related to the GranuFlo recall. The company said it is cooperating fully in the matter.

Dialysate solutions such as GranuFlo and NaturaLyte are prescribed by doctors for use during hemodialysis. Lawsuits have been filed against Fresenius by the family members of patients who died during or shortly after receiving dialysis treatment. These lawsuits allege the company did not adequately warn medical professionals about the risks associated with its products and that Fresnius was negligent in its conduct.