“When I heard that my car was part of the GM recall, I felt like I was driving a rolling death trap,” says Joanne. Although she didn’t suffer an injury due to the General Motors faulty ignition switch, Joanne spent five stressful months worried that the ignition would turn off every time her car hit a bump in the road. 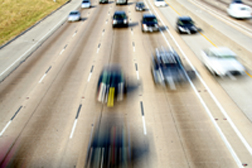 Joanne found out about the first ignition switch recall in February, when she was in Portland. “I checked online and assumed my 2006 Chevrolet HHR was part of the recall and I had a six-hour drive ahead of me,” she says. Joanne had already heard about incidents where the ignition would suddenly switch off while driving, disabling the power brakes and airbags.
“Driving home on the highway at more than 60 mph made me feel very uneasy...”

When Joanne got home - safe and sound - she checked the GM website and found that her car was not subject to the recall. She also phoned the local GM dealership with her Vehicle Identification Number and they concurred. “I figured I was in the clear, but in March I got a letter from GM saying my car was in fact being recalled,” Joanne explains, “so that didn’t give me a lot of faith in GM and their recall process.”

The GM letter also said that parts for her car “are not currently available” and they would contact her in April, when the parts were ready. “In other words, they scare the heck out of you and then tell you it can’t be fixed right away,” Joanne adds. She was frustrated, to say the least.

Here is the key part of the recall letter GM mailed to Joanne in March. (All the boldface, caps and underlining were in the original letter.)

There is a risk, under certain conditions, that your ignition switch may move out of the “run” position, resulting in a partial loss of electrical power and turning off the engine. The risk increases if your key ring is carrying added weight (such as more keys or the key fob) or your vehicle experiences rough road conditions or other jarring or impact related events. If the ignition switch is not in the run position, the air bags may not deploy if the vehicle is involved in a crash, increasing the risk of injury or fatality. Until the recall repairs have been performed, it is very important that you remove all items from your key ring, leaving only the vehicle key. The key fob (if applicable), should also be removed from your key ring. PARTS ARE NOT CURRENTLY AVAILABLE, but when parts are available, your General Motors dealer will replace the ignition switch on your vehicle.

But wait, it gets worse! Joanne called the dealership back in April. She was told the parts would be available by early June so she made an appointment for the ignition repair. She called a few days before the scheduled appointment, only to be told that they did not yet have the parts.

“I finally got the ignition cylinder replaced on the fourth of July - five months since I got the recall notice, says Joanne. “I spent five months worried that the ignition would turn off every time I hit a bump in the road. Who knows if it was a problem, but it was stressful.

“I am now thinking about buying a new car and it won’t be a GM, even though my father worked for GM as a mechanical engineer for most of his working life.”

To date, General Motors says at least 13 people have died in 54 crashes linked to the faulty ignition switch. Lawyers representing GM customers say that more than 60 people have been killed. GM has recalled 16.5 million vehicles for ignition switch problems and federal safety regulators have fined GM $35 million for failing to disclose the ignition switch defect for more than a decade.

If you or a loved one have suffered losses in this case, please click the link below and your complaint will be sent to a defective products lawyer who may evaluate your GM Auto Recall claim at no cost or obligation.
Request Legal Help Now

Posted by
Valerie mortz
on May 15, 2017
I got rid of mine I was scared of it I had been it head on wreck in 2011 that was enough for me my trust was broken for sure I had a 77 z 28 had great memories in it childhood memories in my sisters 69 perple camaro
Posted by
Linda
on August 6, 2016
When my car shuts off on me my key never switches to the off position. It just shuts off while I'm driving the only reason I know that it turns off is because when I press the gas it won't accelerate, all of the stuff is still on like the radio and gauges, I also can't push the breaks I have to put it in park before it will let me push the break petal in. I have already done the recall and it still does it but only in the summer time when it is hot. I would buy a new car but I still owe $10,000 and the car is only worth $3,000 and I can barely afford this car. It sucks that this happens and it is very scary especially when my 2 kids are in the car, I feel very unsafe and very scared when I drive. I shouldn't have to be stuck with a car that I may get hurt in.
Posted by
Ken
on August 13, 2014
I can top that story. I had given this car to my daughter, found out about the recall and did exactly what they had also put in Bold on her letter. My daughter was not injured (thank goodness) for the lucky fact that she was already slowing to a stop and traffic was heavy on the freeway. It did none the less shut off on her, cause damage to my vehicle, after being assured by removing everything off the key ring this would not happen. So I am still sitting here, case stalled, and no way to get compensated by GM for the damage and loss of car value. Lost value in many ways and again other than my daughter being safe, the knowing that this death trap almost got her and nothing from GM to show for it. Lost my business for good!