Some lawmakers suspect that Gilead struck a deal with the Trump Administration to back its patent claims in return for 2.4 million donations of Truvada pills.

The drug manufacturer Gilead announced in May that it was making an annual donation of 2.4 million bottles of Truvada that is prescribed as a prophylactic to prevent the spread of HIV, also known as PrEP. Some lawmakers, however, suspect that the donation comes with strings attached. 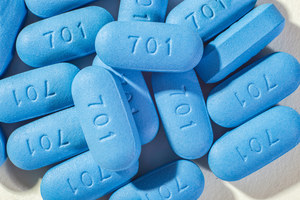 A letter to the drug maker on June 26 from Elijah Cummings, chairman of the House Oversight Committee, and representatives Alexandria Ocasio-Cortez, Ro Khanna and Ayanna Pressley asked for clarification of the donation and requested all of Gilead’s records involving negotiations with the government.

The Cost of Truvada


The cost for Truvada oral tablet (100 mg-150 mg) in the U.S. is approximately $1,844 for a supply of 30 tablets, depending on the pharmacy you visit, according to Drugs.com. Prices are for cash paying customers only and are not valid with insurance plans. But Gilead only charges Australians $8 per month and in the U.K. the cost is between $21 and $37 USD per month.

Truvada is a drug designed to help prevent people from contracting HIV in the first place. This type of treatment is called pre-exposure prophylactics or PrEP. Truvada is currently the only prescribable drug to be approved by the FDA. It has been proven highly effective at preventing HIV spread in clinical trials, the U.S. Preventive Services Task Force (USPSTF) has concluded.


Patents are granted by the U.S. Patent and Trademark Office at any time during a drug's development and may include a wide range of claims.

Daniel O’Day, CEO, Gilead Sciences Inc. said that, “If we lowered the prices of our medicines even a decade ago, we wouldn’t be sitting here today with the innovations that are changing the face of HIV/AIDS, and that its donation of about 2.4 million vials of Truvada per year to the CDC will ensure that price doesn’t get in the way during this period of time of patent exclusivity.

Specifically, the Committee on Oversight and Reform asked O’Day if the company’s price increases for Truvada were made with innovations in mind and how its patient assistance programs impact Gilead’s decision-making regarding price. They also asked whether the Truvada donation was connected in any way to patents that have been registered in the U.S. Gilead’s position is that the government’s patents are not valid. Further, whether these patents played any role in negotiations between the company and the Department of Health and Human Sciences, and whether Gilead has otherwise negotiated with the government regarding these patents.

A generic version of Truvada has been approved by the FDA, but that doesn’t mean that it will become available anytime soon, possibly because of the drug patents and/or drug exclusivity.

Two recent lawsuits filed in California by several dozen patients allege that Gilead withheld from the market for more than a decade for a drug for treating HIV that it knew was safer and more effective than TDF, which was known to cause serious kidney and bone damage, so it could profit from the drug before its patent on the medication was to expire in 2015 that it promoted during that period. A far safer version of the drug is called tenofovir alafenamide (TAF), which Gilead purportedly knew would more effectively treat HIV without causing any of the serious side effects caused by TDF.

If you or a loved one have suffered losses in this case, please click the link below and your complaint will be sent to a drugs & medical lawyer who may evaluate your Gilead HIV Drug claim at no cost or obligation.
Request Legal Help Now

Posted by
Michael Black
on August 25, 2019
I am a soured patient who believed for years it was just the 'AIDS virus' eating away at my body. I watched as my bones began to decalcify and lose muscle mass. I had been deathly ill in 1998 and it seemed it took a lot of work for me to gain a piece of what I had back. My foot was broken for years. It was my navicular bone. The doctors claimed it was too clouded with arthritis to see there was a fracture. I had the foot fixed and three years post op I am back to square one. I should not be falling apart this quickly at the age of 54. It's asinine. In 2012 ,my right hip broke, and my then orthopedist said I was a candidate to have both knees replaced. I have elbow issues with both elbows and my hands are curved far further than that of my then 97 year old grandmother whose arthritis was always noticed. What gives Truvada? See you in court where I am hopeful and prayerful you will own up to your part in the failure of my health.

I want justice and healing.

Click to learn more about LawyersandSettlements.com
LawyersandSettlements.com - A trusted, independent legal news provider bringing quality news and information on all legal cases and lawsuits filed in United States of America to its readers since 2002. Over 250,000 legal help requests including Drugs & Medical Cases, and Consumer Frauds have been forwarded to lawyers all across to the country.