In a potentially crushing blow to General Motors, the US Supreme Court has declined to consider an appeal from the automaker asking for a legal shield to protect GM from lawsuits related to faulty ignition switches on its vehicles. 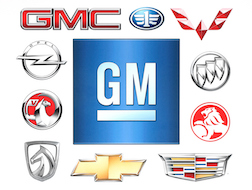 On April 24, 2017, the US Supreme Court refused to review GM's appeal in which the automaker asked the court to review a 2016 federal court ruling that said the automaker was liable for injuries and deaths related to faulty GM ignition switches despite filing bankruptcy in 2009 and re-emerging as a new company.

Chapter 11 bankruptcy is intended for a company to use to reorganize, according to attorney Ben Stewart. "The result of the reorganization does not produce a new company. In its simplest form, the Supreme Court upheld this principal, Stewart says.

”The Appeals Court ruled that the  bankruptcy code doesn’t shield GM from liability. This is because the company knew about the flaw before the bankruptcy was filed," says Stewart. "GM waited to tell owners about the defect until after the Bankruptcy filing. As a result, innocent and trusting customers of GM were injured and killed so the company could save money."

GM ignition switches have been linked to numerous injuries and deaths. Currently, around 30 million cars have been recalled, according to ConsumerSafety.org.

The US Supreme Court's refusal to review GM's appeal could expose General Motors to "billions of dollars in additional claims," according to The Detroit News.

The GM ignition switch recalls and ensuing legal battles have already hit the automaker hard. According to the New York Times, GM paid $900 million to settle a federal criminal investigation and set aside $594.5 million for a fund to compensate victims of switch-related crashes.

According to the New York Times: "Over the last few years General Motors has paid out more than $2 billion in fines, penalties and settlements related to faulty ignition switches that plagued many of its vehicles for close to a decade, a flaw that led to vast recalls and at least 124 deaths.

More GM FAULTY IGNITION News
"But the automaker is not yet close to putting the matter behind it and may now face years of additional litigation as a result of the latest legal turn in the case."

Since the US Supreme Court declined to review the appeal, the automaker could now be exposed to lawsuits claiming that GM was liable for injuries and deaths due to defective ignition switches prior to GM filing bankruptcy in 2009.

GM acknowledged in 2014 that its engineers were aware of problems with ignition switches in the Chevrolet Cobalt and Saturn Ion for years before the automaker began recalls for affected models. With its recent appeal, GM hoped to protect itself from potential lawsuits related to the ignition switches.

"The defective ignition switch killed at least 124 people and injured at least 340 more," says Stewart. "The fact that the GM is trying to avoid liability is unconscionable."

If you or a loved one have suffered losses in this case, please click the link below and your complaint will be sent to a defective products lawyer who may evaluate your GM Faulty Ignition claim at no cost or obligation.
Request Legal Help Now

Posted by
Willis Greene
on May 23, 2017
I have a 2002 Pontiac Grand Prix 40th Anniversary Edition that the Ignition would get HUNG-UP and could not TURN OFF or TURN ON whichever being the Case at the time. I searched the internet and found that a covering on the underside of the Steering wheel Housing could be Removed and there was a button you could reach up in the opening and push it and Ignition would release. This was not so handy because I tried all kinds of things to keep the button pushed in and finally I was using a tooth from a womans hair PICK to lodge the button in but it would fall out occasionally. Finally one day the PICK got lodged into position and quit falling out. I have searched everywhere, NHTSA, etc; for a Recall on this problem but was never notified of a Recall or anything in all these years. Obviously it had happened to many Pontiac owners or the FIX would not have been on the internet. I wonder why GM never Reported this FAULT... I would like to know if you could search your ARCHIVES and see if you know anything about this PROBLEM?
Posted by
Thomas Williams
on May 21, 2017
I have a2007 Chevy Tahoe, I don't know if it's part of the recall.