Marietta, GA (Press Release): The recently announced recall of 2.6 million vehicles by General Motors (GM) with regard to faulty ignition switches* in some models, has its roots in a meeting between the parents of crash victim Brooke Melton, and Georgia attorney Lance Cooper. That meeting ultimately led to the GM lawsuit, Melton v. General Motors (Case No. 2011-A-2652), filed by Cooper on behalf of the Meltons. In an interview with LawyerandSettlements.com, Cooper reveals the Melton family first consulted his office following their daughter’s death out of concern that Brooke’s car had impacted another vehicle. They wondered if their daughter’s estate might be liable. 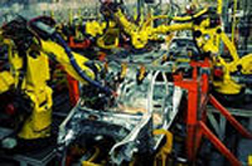 Moreover, they also had questions surrounding the behavior of the car leading up to their daughter’s accident. The grieving parents noted that Brooke had the car serviced just a few days before the accident, after finding the engine had a tendency to stop running seemingly of its own accord. Brooke had received the car back from the dealer the day before her accident, assuming the car had been repaired.

“Brooke was seat-belted, driving at or about the speed limit and sober, according to the investigating officer,” Cooper said, in comments to LawyersandSettlements.com’s Brenda Craig. “We wondered what could have happened to make her lose control. It was a straight two-lane road. It certainly raised our suspicions.”

The attorney’s first priority was to access the damaged Cobalt’s data recorder, or black box. “In Brooke’s case, we know she was traveling somewhere between 55 and 58 mph shortly before the crash,” Cooper recounts. “We know from the black box that the key was in the accessory position when the impact occurred. It means in all likelihood she is driving down the road and three or four seconds before the crash her key shuts off. That shuts off her engine, her power steering and her brakes, and she loses control of the car.”

Beyond the issue of the engine shutting off, is the potential that airbags could fail. An investigationopened in February by the National Highway Traffic Safety Administration (NHTSA) speaks to the possibility of an airbag system issue in concert with the failure of an ignition switch to remain in the ‘run’ position. **

“In some cases,” states the NHTSA document, “the timing of the ignition switch movement relative to the activation of the sensing algorithm of the crash event may result in the airbags not deploying.”

In their lawsuit against GM, Brooke Melton’s parents agreed to an undisclosed settlement - the terms of the settlement were subject to confidentiality agreements according to Cooper.

“The GM testimony and documents also indicate that they rejected the fixes as not an acceptable business case,” Cooper said. “It was about business for GM and the company didn’t focus on the people that would be in the cars and that would be in these situations where the engines would turn off,” says Cooper.

“And now in 2014, we have all these crashes and fatalities (as many as 12), and in February 2014, GM finally realizes it is a safety problem. It is too late for Brooke, of course,” says Cooper.

More FAULTY IGNITION News
According to an NHTSA document** GM notified the NHTSA on February 7th of this year that it was recalling 619,122 model year 2005-2007 Chevrolet Cobalt and 2007 Pontiac G5 vehicles for the aforementioned ignition switch defect. On February 24th, GM notified NHTSA that it was amending their original recall letter to include a more detailed accounting of the defect. This was followed a day later by a further expansion of the recall to include other models totaling an additional 748,024 vehicles.

If you or a loved one have suffered losses in this case, please click the link below and your complaint will be sent to a personal injury lawyer who may evaluate your Faulty Ignition claim at no cost or obligation.
Request Legal Help Now

Click to learn more about LawyersandSettlements.com
LawyersandSettlements.com - A trusted, independent legal news provider bringing quality news and information on legal cases and lawsuits filed in the United States of America to its readers since 2002. Over 650,000 legal help requests including Personal Injury Cases, and Automotive accidents have been forwarded to lawyers all across to the country.