Take a Break from Fosamax Before It Breaks You

Despite experiencing serious Fosamax side effects such as jaw bone problems, and despite her doctor advising that she stop taking the osteoporosis drug after staying on it for five years, Shirley says that the state of Oklahoma is making her stay on Fosamax! 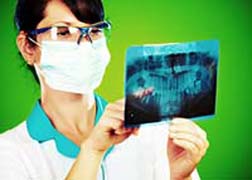 Shirley took the osteoporosis medication for at least six years before a new doctor told her that she shouldn’t take it for more than five years. (While the jury is still out on whether Fosamax causes more damage the longer you take it, some evidence suggests that it is no longer effective after five years. For more information, read this Harvard Health Publications report.)

“I started having problems with my jaw locking and popping - sometimes just opening my mouth to speak would cause it to lock,” Shirley explains. “It feels like I have something stuck in the back of my throat; it can happen anywhere and sometimes lasts for 15 minutes or more. It’s hard to explain the sensation but my jawbone grinds against my ear, where it meets my cheekbone. Nothing I can think of could have caused this to happen; I have never had an injury and no one could give me an explanation.”

Shirley got an explanation when she saw a new doctor - she didn’t want to go back to the physician who prescribed Fosamax. He wanted her to try another medication but the state insurance wouldn’t cover it. Instead they told Shirley’s doctor that she had to go back on Fosamax for another year to see if her osteoporosis would get any better. This order came after she had already been on the med for six years.

“So I took Fosamax for almost seven years, with a short break in between,” Shirley adds. “I had to take it because they tested me. I didn’t know about the dangers of Fosamax side effects for the first six years. As you can imagine, I didn’t want to take it anymore, once I knew. I told my doctor that I had taken it for too long and I shouldn’t have to go another round, but the state trumps the doctors. Excuse this phrase, but here in Oklahoma, the state tells doctors where and when to piss in the pot. And this really pisses me off.

“I believe the state is making me take Fosamax again because they just didn’t want to pay for the other medication. When I took the Fosamax the first time after I broke my kneecap, they had to pay for a total knee replacement because it didn’t heal right. Then the following year I broke my bone between my knee and ankle on the same leg but my medical insurance covered broken bones. How narrow-minded of the state - it would be a heck of a lot cheaper to pay for an osteoporosis medication instead of paying for broken bones. I guess they don’t have a clue about preventive medicine and patients’ health comes after the dollar.

More FOSAMAX News
“Now I have problems on both sides of my jaw. It interferes with my eating so I had to quit eating meat because I can’t chew and I’m almost a vegetarian but that is probably a good thing. I can eat a skinny hamburger as long as I don’t have to open my jaw too wide. Double Whoppers at McDonalds are out of the question.”

But filing a Fosamax claim is not out of the question. As of August 2013, more than 5,000 Fosamax lawsuits had been filed against Merck, the manufacturer. The product liability lawsuits filed in either federal or state court include about 5,440 plaintiff groups, and one case that seeks class-action certification, as well as damages and/or medical monitoring. In at least one thousand of these actions, the plaintiffs claim that they have osteonecrosis of the jaw (“ONJ”), generally subsequent to invasive dental procedures, such as tooth extraction or dental implants and/or delayed healing. In approximately 4,000 of these actions, plaintiffs have reported sustained femur fractures and/or other bone injuries associated with Fosamax.

Posted by
marilyn k dorlac
on September 12, 2015
since I started taking fosamax, which was prescribed by my Dr.. I noticed I started having stomach trouble. I started with one ulcer then was told to take the fosamas for my bones because f bone shrinking. so I agreed in 2014 by Dr. in Simi Valley, Ca. I told the dr. that my stomach felt like it was on fire most of the time. then he went in and took a look and said that there were two ulcers in my stomach!!! to my surprise, I had already been on the Fosamax since 2014. now I have two ulcers despite being on other preventive meds for heart burn. I eat very healthy as well. so when the dr. said this it was a shocker that I in fact did have another ulcer!!! My mother in law also developed ulcer after taking Fosamax. the Dr. told her children to take her off of the Fosamax due to developing ulcers from it. I just now took myself off of the Fosomax in the month of September. Now my stomach feels much better!~