The recent news that Merck might be settling Fosamax lawsuits is “a glimmer of hope” for Mary, who suffered a Fosamax femur fracture back in 2008. 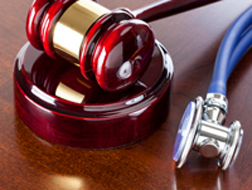 At the end of August 2013, U.S. District Judge John Keenan in Manhattan ordered hundreds of Fosamax jaw injuries allegedly caused by the osteoporosis drug be dispersed to courts across the country for trial, which meant that 200 cases per month would be sent back to courts where they were initially filed. According to Reuters (August 30, 2013), Keenan had before him about one-fifth of the 5,075 Fosamax lawsuits pending nationally in federal and state courts.

On October 3, Judge Keenan delayed the transfer of Fosamax lawsuits in the Multidistrict Litigation (MDL 1789, U.S. District Court for the Southern District of New York) so that plaintiffs and Merck, the manufacturer, would have the opportunity to possibly reach a settlement. The lawsuit transfers, which were set to begin November 1, would now begin on December 2.

(In 2006, Keenan had lawsuits consolidated and he conducted a series of bellwether trials, resulting in a number of wins for plaintiffs. For instance, in 2010, a jury awarded a Florida resident $8 million, which was reduced by the judge to $1.5 million.)

“I have been injured by Merck because of their Fosamax product - instead of helping my bones it worsened them and caused my femur to break,” says Mary, who was led to believe that the class of drugs known as bisphosphonates acted as a preventive measure for osteoporosis.

Mary, age 67, will never forget January 9, 2008. She was walking to her car from the grocery store, not even carrying anything heavy, and fell down in agony. “I just about passed out from the pain; I was barely able to call out for help,” she explains. “This injury left me not only in pain but also in constant fear that I will have another break. I no longer travel; I don’t do any of the things I loved doing prior to the femur break. It took a few years to recover physically, but not mentally.

More FOSAMAX News
“I try to go out every day to maintain a normalcy about my life. But I don’t bowl, play tennis, run or climb steps anymore. I can walk my dog a short distance and I’m limited to shopping, unless I can lean on a shopping cart. Believe me, Merck owes us Fosamax victims big time.”

In 2007, after a judge threatened Merck with an order similar to that of Judge Keenan’s Fosamax move this month, the drugmaker reached a $4.85 billion settlement over its painkiller drug Vioxx. “I anticipate Merck will continue talking and seek to resolve the cases… The opportunity is there,” said lawyer Timothy O’Brien (Reuters, August 30, 2013), who is representing many Fosamax plaintiffs. O’Brien also said that an order moving so many personal injury cases home at once is rare. Mary looks at this move as “a good thing.”

Posted by
Donna Pezzimenti
on March 15, 2015
I snapped my femur bone my life has been a nightmare I walk with a walker I cant do simple things in my life before I snapped my femur bone.I TRIP I CANT LAYED DOWN FOR MORE THAN A FEW HOURS.THE PAIN IN MY LEGS THE ROD MY TOES FREEZE UP .HOW COULD A DRUG TAKE YOUR LIFE AWAY.I cant sit too watch a movie I have to watch every step I take not to lose my balance. I broke my thumb holding my ten pound dog I trip. There isn't enough money in this world to make up for the lost of your independence.The sad thing is many many more victims there will be fda is not going to take these drugs off the market their evil the manufactures, fda .Donna