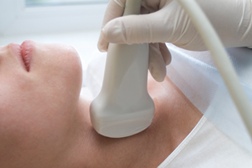 The most recent Fosamax study, presented to the American Society of Clinical Oncology 2012 annual meeting (abstract found online at asco.org), examined the link between the use of bisphosphonates—a class of drug that includes Fosamax—and the development of esophageal cancer. According to the study's authors, led by Beatrice Edwards, in 2009, the US Food and Drug Administration (FDA) reported 23 patients who developed esophageal cancer within two years of starting alendronate (the generic of Fosamax) therapy, while 31 cases were identified in Europe and Japan.

"Our analysis of FDA AERS identifies a larger number of cases of esophageal cancer than previously described, and a significant safety signal with alendronate use," researchers wrote. They recommended that bisphosphonates not be used in patients with Barrett's esophagus or persistent mucosal abnormalities.

More FOSAMAX News
Fosamax is used to prevent osteoporosis but lawsuits filed against Merck allege the drug is linked to serious conditions, including osteonecrosis of the jaw (jawbone death). Meanwhile, a study published in the Archives of Internal Medicine (5/21/12), suggests that biosphosphonates are linked to atypical femur fractures. The study found that patients who used bisphosphonate medications were more likely to suffer broken legs. Researchers further found that of the 39 patients treated at a Geneva hospital for a broken leg linked to virtually no trauma, 32 patients had taken a bisphosphonate. Furthermore, of those 32 patients, seven suffered an atypical fracture in both legs.

Merck has already faced multiple lawsuits concerning Fosamax, with the drugmaker winning all but one of the bellwether trials.

Posted by
Jan
on November 28, 2014
I am now 70. At least ten years ago a young female doctor in Brussels, Belgium, where I live, told me to take fosomax to prevent osteoporosis. I was at the time a very fit, healthy woman with no health issues and taking zero medication. I had always avoided HRT throughout my menopause, and avoid doctors in general. After hearing what this doctor said, I bought the fosomax, then read the details of side-effects, as I always do, and decided there and then to never take it. I had asked the doctor how long I should take it, and she told me, with a rather condescending smile, to take it "right up to your last breath". I now realise that my "last breath" might well have already been taken if I had followed the instructions of that doctor. I might well not be here to write this message. I am constantly enraged by the way we are used by Big Pharma to help them make a fortune, and I see that I have been right to avoid doctors and medication, unless I really need them. I would urge everyone who reads this to do the same.
Posted by
norma
on September 8, 2014
Mom was on fosamax