A new study suggests that despite previous evidence to the contrary, Fosamax and similar medications are not associated with a decreased risk of colon cancer. The study adds to the growing literature on Fosamax and other bisphosphonates, which suggests patients could be at risk of suffering Fosamax side effects such as Fosamax osteonecrosis of the jaw. Previous studies have also suggested a link between Fosamax and femur fractures. 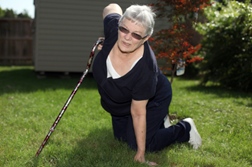 Bisphosphonate medications are used to prevent osteoporosis in women. Previous studies had suggested they were linked to a decreased risk of certain cancers, including colon cancer. The Journal of Clinical Oncology study, however, suggests that bisphosphonates should not be used to prevent colorectal cancer because there is no difference in the rate of the disease between groups who use bisphosphonate medications and those who do not.

Meanwhile, a study published in the Archives of Internal Medicine (5/21/12) suggests that use of bisphosphonates is linked to a rare but serious thigh fracture. According to The Wall Street Journal (5/21/12), some women have suffered serious fractures after minor events, such as stepping off a curb.

The study, conducted at the University Hospitals of Geneva in Switzerland, found that of 477 patients who were treated for broken legs between 1999 and 2010, 39 suffered thigh breaks with virtually no trauma. Of those 39, 32 had taken a bisphosphonate. Furthermore, of the 32 bisphosphonate patients, seven had atypical fractures in both legs.

More FOSAMAX News
Merck, maker of Fosamax, faces more than 3,000 lawsuits linked to Fosamax. Some of the lawsuits allege the drug is linked to the development of osteonecrosis of the jaw, a condition in which the jawbone fails to heal after dental surgery, ultimately causing the jaw to decay. Some bellwether trials have already been heard in court, with Merck winning all but one of the trials.

In May 2012, the US Food and Drug Administration (FDA) issued information about the long-term use of bisphosphonate medications. At the time, the FDA noted that use of the drugs for longer than three to five years may not be beneficial for all women. The agency further noted that women with osteopenia—a condition in which the patient has moderate to low bone density, but not so low as to be considered osteoporosis—might not derive the same benefits from bisphosphonate medications.