Health Canada is alerting Canadians that one of the potential Fosamax side effects, or complications arising with similar osteoporosis drugs, is a higher risk of a rare but serious bone fracture, according to The Canadian Press. 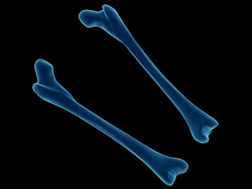 The news source reported that this break, known as an atypical femur fracture, was seen as a significant risk following a review by Health Canada of bisphosphonate drugs, which has led to new warnings and precautions for patients and doctors. These alleged side effects will lead to new labels for the medications.

According to the news source, Health Canada noted that the risk is higher for those taking the drugs, but the benefits of using the medications to avoid other osteoporosis-related fractures may outweigh the potential side effects.

Atypical femur fractures are rare, accounting for less than one percent of all hip and femur fractures, and can occur with minimal or no impact to the thigh area and may occur in both legs in the same person.

Health Canada noted that patients who are currently taking or who took bisphosphonate drugs previously and who notice new or unusual pain in the hip, groin or thigh should talk to their doctor, according to the Press.

More FOSAMAX News
The US Food and Drug Administration announced similar findings and warnings in a statement in October 2010. Biphosphonates are prescription drugs used to treat osteoporosis in men and post-menopausal women. Among the most commonly prescribed drugs are Fosamax and Actonel, according to the news source.

Although the potential side effects have been identified, according to Health Canada, people should not stop taking the medications unless they are advised to do so by their health care provider.

According to the National Library of Medicine, other common side effects for this medication are new or worsening heartburn, difficulty swallowing, pain of swallowing, chest pain, fever, itching and hives. These are just some of the potential dangers of taking the drug.