Add Atrial Fibrillation to List of Fosamax Side Effects

For the past few years, Fosamax has been associated with femur fractures and jaw necrosis, or death of the jaw bone. Add atrial fibrillation, also known as “Afib,” to the list of Fosamax side effects, and Fosamax risks would more than outweigh the benefits. 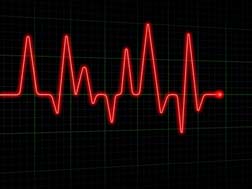 A new study published in Chest (October 2013), the official publication of the American College of Chest Physicians, shows that bisphosphonate bone drugs, including Fosamax, are associated with a risk of atrial fibrillation, also known as “Afib,” which is a disturbance in the heart rhythm.

Although “Afib” can lead to stroke, chest pain and heart failure, researchers are suggesting people who take these bisphosphonate drugs don’t seem to be at increased risk of death or stroke. The researchers analyzed data from observational studies involving about 150,000 patients between 1966 and 2012. They showed that the osteoporosis drug users (whose brand names along with Fosamax also include Boniva and Actonel) had a 27 percent increased chance of suffering atrial fibrillation. Subjects in the randomized controlled trials, which are the gold standard for testing the efficacy and/or effectiveness of a medical intervention for a defined patient population, indicated a 40 percent increased risk.

Meanwhile, almost 3,000 Fosamax lawsuit claims against Merck, the maker of Fosamax, are pending in Multicounty New Jersey Litigation as of October 19, 2013. The cases allege that Fosamax may cause jaw necrosis, atypical femur fractures and other Fosamax fractures. According to Merck’s Form10-Q filing in June 30, 2013 with the U.S. Securities and Exchange Commission, 5,075 product liability lawsuits had been filed and pending in either state or federal court.

One case is seeking class-action certification as well as medical monitoring and damages. About 25 percent of the claims allege that Fosamax users have suffered osteonecrosis of the jaw (also known as dead jaw and ONJ), generally after undergoing invasive dental procedures such as dental implants, tooth extraction and/or delayed healing. Plaintiffs in about 75 percent of these actions generally claim that they suffered femur fractures and/or other Fosamax fractures.

More FOSAMAX News
In April 2013, the first trial in the consolidated Fosamax lawsuit in New Jersey ruled in favor of Merck & Co (Glynn v. Merck Sharp & Dohme Corp., 3:11- cv-05304, U.S. District Court, District of New Jersey). The plaintiff alleged that the drug company knew of the drug’s capability to cause spontaneous femur fractures in users five years prior to its 1995 approval. Further, the lawsuit claimed that Fosamax was over-prescribed after doctors became reliant on bone-density testing to diagnose osteoporosis, instead of clinical criteria including previous bone fractures.

In May 2012, the FDA published a study concluding that long-term use of Fosamax (i.e., longer than five years) may offer patients little benefit given its association with femur fractures and other injuries. Now add to that atrial fibrillation.

Posted by
Carol Garcia
on November 18, 2013
Husband died several years ago, husband was on fosamax. Started out he had a stroke, and then another stroke which landed him in the hosptial eventually he died.