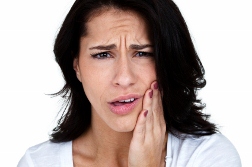 Many an osteoporosis patient has filed a Fosamax lawsuit, alleging the alendronate (Fosamax) prescribed to protect their brittle bones succeeded instead in fostering a rare fracture of the femur bone. What's more, plaintiffs allege they were never informed of the risk.

One of the two papers, entitled "Atypical Femur Fractures: 81 Individual Personal Histories" was published online last month in The Journal of Clinical Endocrinology Metabolism. As the title suggests, 81 patients presenting with fractures to the femur having occurred from 2001 to 2011 were studied. It should be noted that 94 percent of the study patients were taking Fosamax, thus the injuries can be referenced as Fosamax femur fractures.

It should also be noted, for purposes of caveat, a majority of the patients had been on bisphosphonates for an average of 9.5 years, which is 4.5 years beyond the FDA-sanctioned limit of five years as recommended by the US Food and Drug Administration. Additionally, most of the Fosamax patients had been prescribed a double-dose of alendronate.

On the other end of the Fosamax and femur fractures scale is a case study of another patient who used Fosamax for far less time than 9 years, or even five years.

More FOSAMAX News
The Kaohsiung Journal of Medical Sciences noted in its October 2012 edition the case of a female patient, aged 69 and suffering from postmenopausal osteoporosis. The woman, after having an MRI, was seen to have suffered an atypical femoral subtrochanteric fracture following regular use of Fosamax for about three years—well within the window of safety according to current FDA guidelines.

While bisphosphonates in general, and Fosamax in particular are designed to stem the onset of brittle bones, the potential for alendronate to foster problems with the very bone it is designed to protect remains both a conundrum and a very real threat for some patients. Fosamax jaw is one of those threats.

The term relates to Fosamax osteonecrosis, also known as Fosamax dead jaw. Jawbone is negatively impacted, often following a dental procedure or oral surgery, with the bone becoming brittle and degenerating over time.

Fosamax osteonecrosis of the jaw (Fosamax ONJ), while rare, can be devastating for the patient and a patient's family. Many lawsuits have ensued.