A resident of Lafourche Parish, Louisiana, recently filed a Fosamax side effects lawsuit against the makers of the drug for allegedly promoting it for "off-label uses," the Louisiana Record reports. 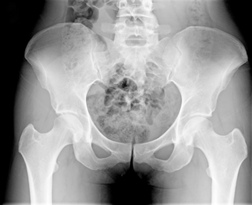 According to the news provider, the lawsuit was filed by Josephine P. Naccio on April 18 in federal court in New Orleans.

More FOSAMAX News
In the suit, Naccio claims that she was prescribed Fosamax to treat her osteoporosis but ultimately suffered a femur fracture as a result. She claims she never would have taken the drug if she had known about the risks associated with long-term use.

The lawsuit accuses the manufacturers of hiding the "unreasonably dangerous risks" of femur fractures associated with the drug and failing to properly monitor the medication after marketing it.

The plaintiff is seeking an award for actual, treble and punitive damages, as well as court costs and interest, the news source said.

In addition to femur fractures, the use of Fosamax has been linked to poor healing of the jaw and aching pain in the groin, thighs or hips, according to the National Center for Biotechnology Information.