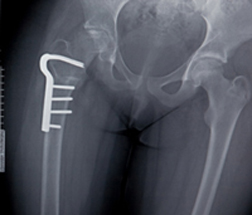 The most recent lawsuit was filed in St. Clair County on October 5, 2011, according to The St. Clair Record (10/19/11). The lawsuit was filed on behalf of two women who allege Merck, maker of Fosamax, exaggerated the benefits of taking the medication. According to the lawsuit, the women took the medication with the belief that it would reduce their risk of bone fractures; the plaintiffs allege, however, that use of Fosamax increases the risk of injury by weakening the patient's bones.

The courts are currently in the process of hearing Fosamax bellwether trials. So far, five bellwether trials have been completed, with Merck winning four lawsuits and plaintiffs winning just one. In the one found in favor of plaintiffs, the jury awarded the plaintiff $8 million, but a judge later determined the award was excessive and reduced it to $1.5 million. At least some of the plaintiffs who lost their lawsuits say they plan to appeal the decision. A sixth lawsuit was dismissed before it reached the trial stage.

More FOSAMAX News
Previous bellwether trials have focused on allegations that Fosamax caused patients to develop osteonecrosis of the jaw (jawbone death) and that Merck failed to adequately warn patients about the risk of jawbone death. According to The Wall Street Journal (02/15/11), more than 1,000 lawsuits were filed against Merck regarding Fosamax. Most of those involve claims of osteonecrosis of the jaw. More lawsuits are now being filed alleging the risk of serious femur fractures is increased with use of Fosamax.

Merck has defended itself, saying it acted responsibly in researching and developing Fosamax.

Earlier in 2011, the US Food and Drug Administration (FDA) announced it was reviewing information about a potential link between the use of bisphosphonate medications (a class of medication that includes Fosamax) and an increased risk of esophageal cancer. When it made the announcement, the FDA noted that two studies produced conflicting results concerning the potential for development of esophageal cancer. One study found no increased risk of the rare cancer while another study found approximately double the risk in patients who took bisphosphonates for more than three years.