On January 7, 2008 the US Food and Drug Administration (FDA) issued an alert highlighting the possibility of severe and sometimes incapacitating bone, joint, and/or muscle (musculoskeletal) pain in patients taking bisphosphonates, such as Fosamax. The severe musculoskeletal pain may occur within days or even years after starting a bisphosphonates.

The FDA also advised health care professionals to consider whether bisphosphonate use might be responsible for severe musculoskeletal pain in patients and consider temporary or permanent discontinuation of the drug. Bisphosphonates are a family of drugs that inhibit the loss of bone mass that is associated with a number of bone diseases. They are used to treat Paget's disease, Hypercalcemia, multiple myeloma, and osteoporosis, a condition that causes thinning and weakening of a person's bones. 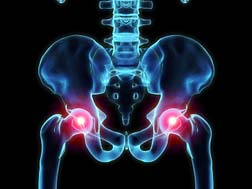 According to the Agency for Healthcare Research and Quality (AHRQ), which is part of the U.S. Department of Health and Human Services, osteoporosis is a skeletal disease that affects about 44 million Americans. An estimated 54 percent of women age 50 and older will sustain an osteoporotic fracture during their lifetime. Approximately four percent of patients older than 50 who experience a hip fracture will die while in the hospital, and 24 percent will die within a year after experiencing the hip fracture.

Bisphosphonates are marketed as Actonel, Actonel+Ca, Aredia, Boniva, Didronel, Fosamax, Fosamax+D, Reclast, Skelid, and Zometa. Yet, according to WHEC-TV News 10 (Rochester, NY), more than half of all people suffering with osteoporosis take Fosamax.

The approval was applauded by many as it is expected to save patients and insurance companies millions of dollars. According to Drug Topics, Fosamax is among the top 100 most frequently dispensed drugs. Excellus Blue Cross Blue Shield told WHEC-TV News 10 (Rochester, NY), that if patients make the switch to the generic equivalent, it could result in a savings of $45 million dollars in upstate New York alone. Fosamax costs about $90 a month. The generic will now cost $60-$70 dollars a month through august and is estimated to drop to $20 a month as additional companies are allowed to make the generic equivalent.

In all this cost saving exuberance, it appears that the FDA overlooked the fact that once a generic drug is approved, many more prescriptions are filled. It would have been prudent of the FDA to wait at least until their ongoing review of Fosamax is completed, before opening the flood gates. The latest research information also suggests patients might want to avoid Fosamax, no matter how good a deal it is.

On January 15th, the University of British Columbia and Vancouver Coastal Health Research Institute released results from a study that found bisphosphonates drugs, such as Fosamax, nearly triple the risk of developing bone necrosis (Popular Osteoporosis Drugs Triple Risk of Bone Necrosis, Journal of Rheumatology Today, Media Release: January 15, 2008). Bone necrosis is a disease which leads to permanent loss of blood supply to the bones. Without adequate blood supply, the bone tissue dies and causes the bone to collapse. The disease primarily affects shoulders, knees and hips at the joints, causing severe pain and immobility. Normally, bone necrosis is a relatively rare disease diagnosed in approximately 1 in 20,000 people per year.

The study was the largest study of bone necrosis and the first to explore the link between bone necrosis and specific brands of bisphosphonates. The records of 88,000 Quebec residents from 1996 to 2003 revealed Actonel, Didrocal and Fosamax had similar outcomes.

More News
The Agency for Healthcare Research and Quality (AHRQ) published a report this past December, that compared the effectiveness and risks of six bisphosphonates: alendronate (sold as Fosamax), etidronate (Didronel), ibandronate (Boniva), pamidronate (Aredia), risedronate (Actonel) and zoledronic acid (Zometa). The report also looked at estrogen, calcitonin (a man-made hormone), calcium, vitamin D, testosterone, parathyroid hormone and selective estrogen receptor modulators (SERMs). The report found that bisphosphonates, such as Fosomax, have not been proven more effective than other alternatives, at preventing bone fractures.

Since the latest studies suggest Fosamax did not prove more effective at treating osteoporosis, and almost triples the risk of developing bone necrosis, it would be wise to avoid Fosamax.

If you already have been hurt by Fosamax, or are experiencing serious side effects, immediately report these to your physician. Then schedule a consultation with an attorney, who will endeavor to see that you are properly compensated, for any injury you have received as a result of taking Fosamax.