The recent decision by US District Court Judge F. Keenan of the Southern District of New York may have given Merck Pharmaceuticals something they wanted—but Merck may find that they should have been careful about what they wished for. Keenan denied class action status to a group of plaintiffs in Pennsylvania, Florida, and Louisiana who sought to have Merck establish a fund to pay for medical monitoring for possible osteonecrosis of the jaw (ONJ) among past and present users of Merck's Fosamax anti-osteoporosis drug.

Fosamax (alendronate), which received US Food and Drug Administration (FDA) approval in 1995, is one of a class of drugs known as bisphosphonates that were developed to treat osteoporosis, Paget's Disease, and similar bone-loss syndromes, mainly among post-menopausal women. Since its first appearance, Fosamax has been the center of controversy over its side effects, particularly its apparent causative links to osteonecrosis—that is, bone death. Fosamax-linked osteonecrosis has been most frequently encountered in the jaw, which receives more stress than other bones, especially during and after dental surgery, but also can also affect the hip, knee, and shoulder. 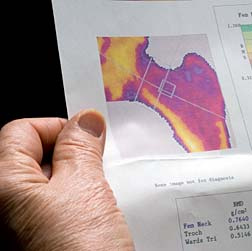 Recent research at Canadian universities strongly indicates that Fosamax users are nearly three times as susceptible to ONJ than non-users. Additionally, cancer patients who receive Fosamax intravenously rather than orally, have been shown to be especially susceptible to ONJ due to the more concentrated dosages they receive.

The rejected class claimants in the Keenan case did not suffer from ONJ—at least, not yet. However, anticipating possible problems, they wanted to sue Merck as a class to cover the costs of dental monitoring to detect signs of ONJ in the future. Keenan rejected the class status request on grounds that "class-treatment of these claims is inappropriate because they present too many individual questions of fact particular to each class member's claim."

In other words, the individual cases were, in Keenan's opinion, too unique to comprise a class. The Drug and Device Law blog observed, "This cautious approach didn't help the Fosamax plaintiffs in the end—not at all. Even in a single-state class action, and even where no present injuries are alleged, there are just too many individualized issues to allow a class action in litigation involving use of a prescription drug."

More News
Good for Merck? Not necessarily. Keenan rejected only the concept that this group of complainants could file a class action suit; he specifically did not reject their legal complaint on its merits. That may mean that Merck will soon face many more individual Fosamax suits than previously—by one estimate, these suits could rise from the present 460 to as many as 2000. Keenan's own decision "finds that case-by-case adjudication of these claims would be superior to a class action," since it would allow the individual complainants to specify the monitoring program they wanted.

Add to that, Keenan rejected only one very narrowly defined class action; Merck is still wide open to class action complaints for its myriad other legal sins, including false and misleading advertising, failure to provide adequate consumer warnings, concealing evidence of health risks from side effects... and so on. Maybe we should just call it "Merck as usual".