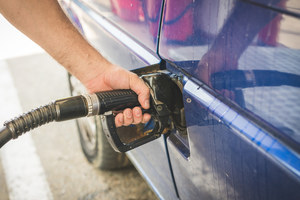 
Many consumers have written to LawyersandSettlements complaining that their Ford is guzzling gas and sales people at their dealership aren’t truthful. Here are just a few examples:

Steve in Little Rock AZ: "I just purchased a Ford f-150 without knowledge of this gas discrepancy. I had a GM Pickup before and trading has obviously cost me big!"

Marlene in Williamsburg, VA: "I recently purchased a 2015 Ford Taurus. I was told it has great gas mileage. The dealership I purchased it from and the sales person I dealt with agreed. The salesperson also told me he had been driving the car for some time and had actually considered buying it himself. On average I spend around $30 daily in gas."

Sue in Gary, IN: "We have a new F150 V6 and it does not get the gas mileage that is stated on the Purchase Sticker!!"

Jordan in Tucson, AZ: "I purchased a 2016 Ford Edge new and was told my mileage would be between 21 and 25 MPG. It never got above 18 even with a tailbreeze going downhill. Even driving around town my gas would be between $60 and $100 weekly."

John in Sacramento, CA: "I purchased a 2018 Ford Taurus this past year and have noticed a significant difference with the sticker data and actual MPG."

Joyce in Seattle, WA: "We own a 2017 Ford Escape Titanium. We are only getting 22.6 MPG on the car. Thought it would be much higher, according to the original sticker. We certainly lost our trust in Ford."


A class-action lawsuit filed in May claims that Ford installed devices on 2019 Ford Ranger pickups that misrepresent fuel economy, and that the automaker deceptively advertised the truck's fuel efficiency. The lawsuit was filed in U.S. District Court in February 2019 after Ford stated in a regulatory filing with the Securities and Exchange Commission (SEC) that the Department of Justice had opened a criminal investigation into Ford's emissions certifications processes. The motor company said in February that it had opened an internal investigation to check whether faulty computer modeling had caused misstated fuel economy ratings for the Ford Ranger and other vehicles, according to Detroit News.

Lawyers nationwide started filing class-action lawsuits after the motor company told SEC that it had "become aware of a potential concern involving its U.S. emissions certification process” and Ford “cannot provide assurance that it will not have a material adverse effect on [Ford].”

Attorney Steve Berman, with one of the firms that filed the lawsuit, told the newspaper that “Ford deceptively advertised its Rangers to consumers as ‘best-in-class’ in fuel economy” and that the motor company “knew that consumers pay a premium for fuel efficiency and that less fuel burned means less emissions, and therefore more profits. Its own employees questioned its fuel efficiency calculations. Ford chose to blatantly ignore the clear warning signs it was given."

A similar lawsuit filed on behalf of a Texas resident and 2019 Ranger owner and "on behalf of all others similarly situated" alleges Ford deliberately miscalculated road testing factors during its internal fuel economy test process "in order to report that its vehicles were more efficient than they actually were." According to the lawsuit, Ford then used the higher fuel economy as a "selling tool.”

More FORD FUEL ECONOMY News
The latest lawsuit was filed by an Illinois consumer earlier this month. Plaintiff Ryan Hubert purchased a new 2018 Ford F-150 XL that had a window sticker which allegedly said the miles per gallon ratings were 24 highway, 19 city and 21 combined. According to Hubert, the MPG ratings were wrong and Ford should have told him before he purchased the truck, although he doesn't say what MPG rating his truck gets in real-world driving. The lawsuit also states that the 2019 Ford Ranger and 2018 Ford F-150 trucks underwent inaccurate Environmental Protection Agency (EPA) testing that overstated fuel economy. And Ford knew about the MPG problems in 2017 but failed to inform consumers, reported CarComplaints.com

The Ford fuel economy lawsuit was filed in the U.S. District Court for the Central District of Illinois – Hubert v. Ford Motor Company.