Even though they have agreed to settle a proposed class-action Lender insurance lawsuit for $228 million, co-defendant Bank of America nonetheless doesn’t think it did anything wrong, according to a statement released by a spokesperson when the settlement was revealed. And while the announced settlement did not clarify if the defendants were required to admit to any wrongdoing, the brief statement pretty much says it all. 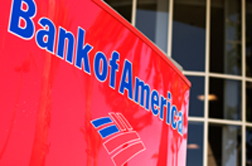 “Bank of America believes that its lender-placed hazard insurance practices comply fully with state and federal law,” bank spokesman Richard Simon said, in a statement. “Nevertheless, in order to put an end to this litigation, we have reached a settlement that is acceptable to all parties.”

QBE Insurance Corp., the other defendant in the Force-placed insurance lawsuit, did not comment. But if Bank of America fully complied with state and federal law, as the statement implies, then it did so while simultaneously violating state and federal laws, including the US Racketeer Influenced and Corrupt Organizations Act (RICO), or so it was alleged by plaintiffs.

Rather than go to trial, it appears that Bank of America and QBE will pony up $228 million to make it all go away.

The settlement, reached in Miami federal court, is just the latest in a string of large settlements stemming from Forced-Placed Insurance Lawsuits that accuse banks and insurance carriers of inflating premiums unnecessarily on lenders insurance.

The latter is a product that banks, when holding a mortgage on a property, will apply to an asset if and when the homeowner either fails to maintain the proper insurance coverage or allows insurance to lapse. With a financial stake in the property, mortgage holders (the bank) are understandably unhappy with such a situation and will take steps to impose a Force-Place insurance policy on the asset, a function that is a protected right within any mortgage agreement. To wit, the homeowner is required to carry adequate insurance. Failing that, the bank has the authority to place insurance on the asset to protect the investment.

Sounds fair. But here’s where things have gone off the rails. Many homeowners have found that not only are the forced-placed insurance terms far more costly than conventional insurance, the amount of coverage is often less than conventional products.

Many a force-placed insurance lawsuit has claimed that this is due to an alleged cozy relationship between the banks holding the mortgages and the insurance carriers providing the insurance products. There have been allegations of kickbacks, with the costs of those kickbacks passed along to the consumer by way of inflated premiums.

There have been several settlements. The latest $228 million settlement agreed to by Bank of America and QBE - while claiming to have complied with all state and federal laws - is just the latest installment in a serial nightmare for affected homeowners.

More FORCE-PLACE INSURANCE News
The proposed Force-Place insurance class action was filed in 2012 and covers Bank of America clients who were dealt lenders insurance between January 2008 and February of this year. Class members are expected to recover hundreds, and in some cases, thousands of dollars from the settlement, say Forced-Place Insurance attorneys conversant with the settlement revealed April 3 in US District Court for the Southern District of Florida, according to Reuters (4/7/14).

The settlement places Bank of America amongst other banks having settled similar lawsuits in recent months, including JPMorgan Chase, Citibank and HSBC Bank USA.

Posted by
Yvette Moore
on September 16, 2015
I am a Bank of America home owner. And I did have balboa insurance and Qbe. And currently has Qbe. Is there any way I can recover anything from Bank of America an Qbe. Also, lightening just stuck my home. I lost just about everything I own. Qbe is only covering for structural damage. They are not covering for any personal content of mine. Nor are they paying for any living expenses. Currently I have no where to go. No help. I currently have asthma. However, I have to try to go in the home to get my items out on my own. The insurance does not cover any fire restoration services. Going in the home makes me cough really bad. This fire just happened on the 10th of September 2015. I'm sure I could have been awarded a settlement. I have had both insurance co w Bank of America for along time. Can anyone offer advice or help.
Posted by
Marisa Eubanks
on November 22, 2014
Please tell me how I can participate in this lawsuit
Posted by
Kathy Cosby
on November 8, 2014
when will they start sending the checks out to the customers
Posted by
Jim
on October 9, 2014
Does anyone know how one is to collect on this. I remember seeing a letter about this from the settlement but I lost my house and had to move and I have misplaced the letter. Is this automatic or do I need to file a claim and if so where and how...thanks...
Posted by
Christopher Culbert
on October 3, 2014
They charged me 18,000 for a 4,000 wind policy for 6 months!!
We have a hearing Nov. 25 2014. Need to amend current complaint add RICO and individual names at bank. Any lawyers involved in this case can call me if they want to help my legal team thanks.
Posted by
Priscilla
on October 3, 2014
It's amazing how so many of BOA former customers all have the same story, BOA have really done a number on a lot of people and caused us all to suffer in different ways. I'm just thankful there not getting away with this.
We also had to file bankruptcy when BOA kept delaying our modification process until it was about 3 months into the sale of our home that we file bankruptcy to save our home. BOA also forced placed insurance on our policy, we sent payment to BOA they sent it back telling us to hold on to it until our modification loan is finalized this never happen so we got further and further behind on our mortgage thanks to all the lies. I just thank God we didn't loss our home like so many others did, hopefully the settlement will be enough for those that did loss there homes to get back on there feet.
GOD BLESS

Posted by
David Freck
on August 4, 2014
Bank of America treated me like sh*t and refused to work with me at all. I had Countrywide Home Loans and Bank of America who forced me into bankruptcy that was final in 2013. They also put insurance on my property without my consent.
Posted by
jerry garcia
on August 3, 2014
Our home loan was through Bank of America, our insurance was included in our house payment .the insurance company stopped doing business in California. So our insurance lapsed, B of A forced placed us with another insurance co. The premiums were much higher and only covered the house, not any of our personal property. It stayed like this for about 3 yrs.
We then switched insurance co. our premiums went way down and we have a lot more coverage.
Bank of America then sold our loan to Nation Star which is one of the worst lenders in the US .

Posted by
Gail Ayres
on May 19, 2014
Interesting on March 1, 2014 our loan from BofA went to Seterus and QBE was involved...still battling Seterus as of late 5-19-2014 to take our loan out of escrow that we never authorized, battling our own insurance now as well, they never verified Seterus had authorization to place escrow on our account, they accepted payment from us, then from Seterus as well...we were reimbursed for the home insurance we paid but Seterus (audio taped with QBE) told my insurance agent... The insurance is not in Escrow...found out it is along with our taxes! Forced Escrow anyone?
Posted by
Henrietta Ganote Williams
on April 20, 2014
I applied for a credit card from a letter/card that BOA sent me I was approved, and doing great paying on it, and etc, I also signed up for the dept protection incase I lost my job for diabilty or life, well In March I got a letter that they canceled my credit card so I called and they brought up my husband who I guess prior to our marriage had some negative things going on, I told the lady my husband isnt on this account and shouldn't be a issue, So how could they find out his my husand unless they been doing searchs that are illegal or something,
Also I became disabled in Dec and was told by doc to check back in March to see if he would lift that well he hasn't I am on complete disablity so I called to make a cliam and BOA tells me I don't have this protection when I know I did I signed up for it when I applied,