Pennsylvania Couple Had Their Fill of Force-Placed Insurance

When a prominent bank forced its ill-timed and allegedly inappropriate influence on a Pennsylvania couple, costing them extra lenders insurance premiums that the bank refused to refund, the affected residents promptly filed a Force-placed insurance lawsuit. 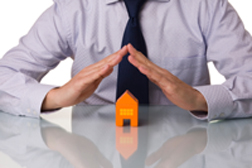 According to Business Wire (11/14/13), the plaintiffs secured a home equity line of credit (HELOC) with M&T Bank, but had yet to capitalize on any of the HELOC capital when the bank duly informed the homeowners their abode was in an area of Pennsylvania identified, according to the bank, as a Special Flood Hazard Area (SFHA), as reflected by maps produced by the National Flood Insurance Program.

This was the beginning of a Lender insurance headache that eventually led the Dobish family - the plaintiffs in the case - to pursue legal action.

The plaintiffs did not agree their home was in a flood-prone area and backed up their claim with documentation from the City of Wilkes-Barre, where the plaintiffs live. According to Business Wire, the evidence obtained from the city clearly demonstrated the Dobish home did not sit in a flood-prone or SFHA area.

That wasn’t good enough for the bank, according to the report. M&T, it is reported, ignored the evidence and issued Force-Place insurance on the home without the homeowner’s consent.

Force-Place insurance is a response a lender can take if a homeowner has, for whatever reason, dropped the ball with regard to having adequate insurance on a mortgaged home. A lender does need to safeguard its investment, and few would quarrel with that. However, where consumers have cried foul with the concept of a lender forcing insurance on a homeowner is when the insurance is either not really necessary or when the lenders insurance is at a substantially higher premium - and for sometimes less coverage - than that of a more traditional insurance product.

Often, the results translate into Force-Place Insurance Lawsuits - and this is what has happened here. Not satisfied with documentation submitted by the City of Wilkes-Barre, M&T allegedly issued a backdated Force-Place Insurance policy for flood insurance through a subsidiary of Assurant.

More FORCE-PLACE INSURANCE News
According to the report, the plaintiffs responded by canceling their home equity line of credit. In turn, M&T is reported to have issued a refund of the unused portion of the flood insurance premium, but refused to extend a refund of the additional flood insurance premium the bank had retained. This, in the face of additional documentation - this time from the Federal Emergency Management Agency (FEMA), that conclusively determined that the Dobish home was not threatened in any fashion from potential flood waters.

Mr. & Mrs. Dobish had quite enough of that, and promptly contacted a Forced-Place Insurance lawyer.

Various allegations have suggested some insurers have formed mutually beneficial relationships with banks and other lenders, offering commissions, and even undertake kickback schemes that serve as a source of additional revenues for the parties involved, at substantial cost to the homeowners. Forced-Place Insurance attorneys remain busy with a number of cases filed by disgruntled homeowners.

Posted by
Fed up with FEMA
on February 3, 2014
This is a bait and switch. Any loan or mortgage backed by the feds will have to have flood insurance do to the Biggert-Waters Flood Insurance Reform Act of 2012 and the NFIP.

Now the kicker is: The reinsurance/Lender/bank servicer will ask for a elevation certificate at the borrowers expense and all of this information is fed back to FEMA so they can complete their flood maps and to the reinsurance companies so that they can raise your rate come renewal time. If you don't send your certificate in for renewal, the price of your insurance will be 3x's as much.

We are giving them the information they need to raise our insurance.

Posted by
Susan Linton
on January 12, 2014
Is this "force placed insurance policy" similar to Ocwen Mortgage Lending paying property taxes when they have a "tax deferral affidavit" on file? They then establish an escrow account and take your principle and interest monthly payments and apply it toward the escrow amount, report you to credit bureaus as being 60 days late, charge you late fees, certified mail fees and property and evaluation property fees. Ocwen has received all their "illegal" tax monies back and they are still holding our money in a "suspense" account and are now returning our monthly payments.