A Force-placed insurance lawsuit appears to have all the mystery and intrigue of a novel, with allegations of money laundering and other claims against Homeward Residential Holdings Inc. (Homeward) and other defendants. 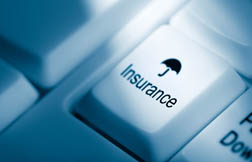 Those defendants include but are not limited to QBE Insurance Corporation (QBE) and WL Ross & Co., a private equity firm. The lender insurance lawsuit, filed last month, alleges that QBE and its affiliates extended to Homeward rebates on inflated premiums paid by homeowners upon whom lenders insurance was allegedly forced, at a higher cost than necessary.

The Force-Place Insurance lawsuit further alleges that the defendants made various efforts to hide those rebates, including the payment of a $10 million fee to Homeward and claimed as compensation under what is alleged to be a fraudulent marketing services agreement. It is further alleged that kickbacks were hidden through the issuance of securities worth $85 million to WL Ross and its affiliates, who were identified as shareholders of Homeward.

The Force-Place Insurance class action further alleges that various commissions paid to Homeward, in the amount of $16 million, were fraudulent, or so it is alleged, together with claims of at least $25 million worth of outsourced services provided to Homeward, below cost, by an affiliate of QBE.

Forced-Placed Insurance Lawsuits continue to emerge against a backdrop of high rates and reduced coverage for products forced upon homeowners whose insurance either lapses, or through a determination that insurance placed on a mortgaged dwelling is insufficient to cover a potentially catastrophic and complete loss.

While a mortgage holder is well within its rights to do so - in order to protect the investment supported by the mortgage - various allegations have surfaced that forced-place insurance terms are more costly for consumers, with inferior coverage than standard insurance products and at inflated rates. In some cases, banks and insurance companies have force-placed insurance where it isn’t necessary or have backdated coverage to reflect a time window when the real property was, indeed, adequately protected.

More FORCE-PLACE INSURANCE News
It has been widely alleged that lenders and insurance companies have colluded to line their pockets via kickback schemes, inflated premiums and other avenues of profit on the backs of consumers.

In this latest case, claims are asserted under the Racketeer Influenced and Corrupt Organizations Act and state law.

The Force-Place Insurance class action seeks to represent any similarly affected homeowner from January 1, 2008 through April 30, 2013. It should be noted that prior to 2012, Homeward was known as American Home Mortgage Servicing, Inc. (AHMSI).