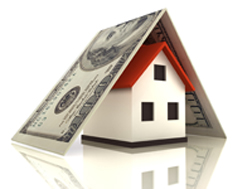 In October, a federal judge in Florida granted final approval to a lawsuit on behalf of more than 250,000 homeowners against HSBC Bank and three insurance companies alleging illegal activities linked to the use of force-placed insurance. The settlement is worth around $32 million. The lawsuit was first filed in November 2012 and the settlement was granted preliminary approval earlier this year. Class members will receive cash refunds of 13 percent of the net annual premium.

The insurance companies named in the lawsuit include Assurant Inc., American Security Insurance Co., and Standard Guaranty Insurance Co. The lawsuit is case number 1:13-cv-21104 in the US District Court for the Southern District of Florida.

Meanwhile, a lawsuit filed against Wells Fargo Bank and Assurant Inc. has also received final court approval. That lawsuit involved around 1.3 million Wells Fargo clients who alleged Wells Fargo charged inflated premiums on force-placed insurance policies because of kickbacks that were passed along to Assurant and then given back to Wells Fargo as commissions.

More FORCE-PLACE INSURANCE News
Force-placed insurance is insurance placed by lenders on properties when the homeowner’s insurance has lapsed or is considered inadequate. It is designed to protect the lender’s financial interests. Concerns about force-placed insurance include that the premiums are much higher than on commercially available insurance policies, that lenders often force-place policies to cover a greater financial amount for the lender than is actually owed, that the policies offer less coverage than commercially available policies, that adequate insurance was already in place, that the coverage was applied retroactively to cover times that no insurance claim was made, and that the premiums are high because of illegal kickbacks disguised as commissions.