Lost somehow in the shadow of much larger settlements with Assurant Inc. ($14 million) and Wells Fargo Bank ($19.5 million) is a $10 million penalty against QBE Insurance Group Ltd. (QBE) following an investigation by New York’s Department of Financial Services into allegations of price gouging and kickbacks related to the provision of lender insurance, or force-place insurance. 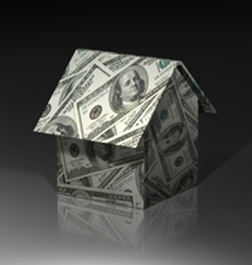 The latter has made headlines of late after homeowners whose home insurance had lapsed due to oversight or financial hardship suddenly discovered they were being billed for coverage unilaterally placed upon them through the imposition of force-placed insurance that in many cases has proven more expensive, while providing less coverage.

Many a homeowner has been left with no other recourse but to file a Force-placed insurance lawsuit in an effort to recoup losses and acquire some degree of justice.

QBE, according to American Banker (4/19/13), is the second-largest provider of force place insurance to banks. To that end, QBE was named in the recent forced-placed insurance class action in Florida against Wells Fargo Bank that was settled in May for $19.5 million dollars. Ditto with Assurant Inc., which was subject to an investigation and hearings under the auspices of the New York Department of Financial Services (but was never the subject of a lawsuit). The largest provider of force-placed insurance in the US settled various allegations without admitting any wrongdoing for $14 million.

Similarly, QBE also found itself in the sights of the New York Department of Financial Services and faced the wrath of New York Governor Andrew Cuomo. “The kickbacks and payoffs in the force-placed insurance industry used to be a dirty little secret that pushed far too many families off the foreclosure cliff,” Cuomo said in a release announcing the settlement in April. The agreement, he said, “will mean lower home insurance costs and better protections for many working New Yorkers.”

On those occasions when a homeowner allows insurance to lapse - or in the case where a homeowner has a spotty history of maintaining insurance on a mortgaged property - force-placed insurance serves as a backup to ensure the mortgage holder’s investment in the property is protected. As the term implies, the coverage is unilaterally placed on the property, with the homeowner having to pay the premiums without having any say in the product now insuring the home.

What has consumer advocates up in arms, and what has driven a bevy of Forced-Placed Insurance Lawsuits, is the higher cost of this so-called backup lenders insurance, in exchange for less coverage.

According to American Banker, various allegations have swirled during the past few years around the nation’s two largest providers of Forced-Place Insurance. Amongst various claims by advocates and state regulators are allegations that the cost of force-placed insurance was routinely inflated, with proceeds shared with various banks in the form of unearned commissions and other payments, according to the report.

More FORCE-PLACE INSURANCE News
An investigation by the office of New York’s Superintendent of Banks and Financial Services revealed that bank-owned insurance agencies received commissions in spite of not employing a single insurance agent.

“The momentum behind New York’s force-placed insurance reforms is continuing to build,” said Benjamin Lawsky, the Superintendent of Banks for the State of New York. “We urge other regulators to pick up the ball and run with it by implementing New York’s reforms nationwide.”

The settlement with QBE does not require the provider of force-placed insurance products to admit to any wrongdoing. The settlement, valued at $10 million, includes a ban on commissions and free services to banks, amongst other requirements.

Posted by
Bob Berens
on August 16, 2013
Imagine that you lent me $300,000 from your personal funds to buy a house, and that we agreed that I would maintain insurance on it to protect your collateral.

One day I call to tell you that I let my insurance lapse because I had to pay other bills instead of the insurance, and that it would be two weeks before I get paid and can get the insurance paid up.

Would you be 1) not too concerned, 2) very concerned, 3) demanding that I get insurance immediately, or else YOU WILL

Two weeks pass, and now I won't return your calls...

What would you do? Call an Agent? All the agents you speak with say they can't write it without inspecting the property - inside and out, and they need a few days to get there.

You ask is there is someway to get the home insured NOW. They say YES, but without seeing the property, the cost would be much higher.

What would you do?