It may be a legal drop in the bucket, but a New York judge has ruled in QBE Americas Inc. et al. v. Ace American Insurance Co. et al., that American International Group Inc. (AIG) escapes from having to pay defense costs for individual and proposed Force-Placed insurance class action lawsuits against QBE Holdings Inc. as the AIG policy lacks any provision for duty-to-defend. 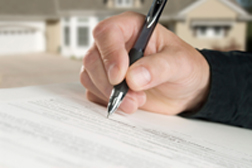 The case, number 653442-2013, in the Supreme Court of the State of New York, County of New York, relates to various accusations that QBE paid kickbacks related to Force-Place insurance, to various banks. According to court documents, QBE paid $10 million to the financial regulator of New York State related to a lenders insurance investigation, in addition to a share of the $19 million settlement in tandem with Wells Fargo Bank NA over a class-action Force-placed insurance lawsuit.

Forced-placed insurance is a form of lenders insurance a lender mandates and attaches to a mortgaged property when it is determined that a mortgagee has insufficient insurance to cover the value of the mortgage in the event of a loss or has allowed a traditional insurance policy to lapse.

Such applications of lender insurance are perfectly legal and within the mortgage holder’s rights. However, what various Attorneys General have taken issue with is a perceived cozy relationship that exists between some lending institutions and insurance companies, resulting in alleged kickback payments and other schemes hatched on the backs of homeowners.

More FORCE-PLACE INSURANCE News
Such Force-Place insurance is often far more expensive than traditional products, often with less coverage. Many a property owner has filed a Force-placed insurance lawsuit alleging inappropriate activity on the part of a bank and an insurance provider.

The allegations against QBE include the alleged provision of improper commissions and insurance-related services to Wells Fargo that only succeeded in driving up premiums for lender insurance.

Plaintiffs have taken exception to such unfavorable forced-placed insurance terms. Some plaintiffs have alleged in other cases that the placement of Forced-Place insurance wasn’t necessary at all, or alleged to have been placed to cover a time frame that was not appropriate.

The coverage lawsuit by QBE was brought against various parties. In her decision, New York Supreme Court Judge Shirley Werner Kornreich found that QBE’s policy with AIG gave AIG the right, but not the duty, to defend claims made against QBE.