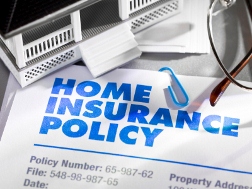 Courthouse News Service (6/28/13) reports that OneWest Bank now faces a lawsuit for its use of force-placed insurance. The plaintiff, Geraldine Doyle, filed suit against a number of defendants, including OneWest Bank, IndyMac Bank, QBE Insurance Group and Assurant, alleging breach of contract, breach of fiduciary duty and unjust enrichment.

Doyle alleges that when her homeowners’ insurance lapsed, her premium skyrocketed from an annual rate of $384 to $2,754. Such premiums, lawsuits and regulators allege, hurt already struggling homeowners and can push them into default. Furthermore, homeowners say they are not given the option of finding cheaper insurance and the force-placed insurance companies have close ties to banks, resulting in high commissions that are not always reported to the borrower.

Assurant Inc has already faced allegations of wrongdoing in the courts. A 2012 class-action lawsuit filed by Joseph and Carol Cascio (claim number 2:12cv00514, US Southern District of Ohio, Eastern Division of Columbus) was filed against JPMorgan Chase Bank and Assurant, alleging the defendants unlawfully forced homeowners to carry flood insurance on their properties that was greater than that required by law.

More FORCE-PLACE INSURANCE News
The action further alleges that Chase had “extracted kickbacks from Assurant, in the form of bogus ‘commissions,’ which have artificially inflated the force-placed insurance premiums that Chase, and ultimately the borrower, have paid. This has enabled Chase to demand inflated reimbursements from borrowers.” The plaintiffs allege that it is the borrower and neither Chase nor Assurant that ultimately pay for the inflated premiums and/or kickbacks.

Specifically, the plaintiffs argue that due to a FEMA-revised flood zone map, their home was placed in a Special Flood Hazard Area. Their neighbors were able to successfully appeal this classification, leading the plaintiffs to file an appeal as well. In the meantime, Chase placed a flood insurance policy on the property in the amount of $250,000, even though there was only $140,000 owing on the mortgage. In addition, Chase was reportedly given a commission of $875 for obtaining the force-placed insurance coverage.

In March 2013, Assurant agreed to pay a $14 million fine to settle allegations by the state of New York that the company overcharged homeowners who had its policies placed with them.

Dear President Mr. Kabat:
To whom this matter high concerns:

I'm writing because the OCC recommends that I should attempt to resolve my complaint with FIFTH THIRD BANK first.
So I'm allowing you the opportunity to resolve the fraudulent issue(s). What you did was UNFAIR and you DID NOT FOLLOW THE LAW.
First, I have lost my home due lies and fraud. I'm entitled to file a lawsuit for damages against the party acting fraudulently, and the damages may include punitive damages as a punishment or public example due to the malicious nature of the fraud.
My orginal home mortgage loan made by FIFTH THIRD BANK was signed by me, Robert L.Tatge (a single person) on January 4, 2008 for $310,000.00 @ 6.375% for 30years on a refinanced loan made prior with COUNTRY-WIDE HOME LOANS back on JUNE 12, 2002, for $178,817.91 @ 7% for 30 years.
It starts with the RESIDENTIAL LOAN APPLICATION under guidance of a LAWLESS BROKER, finding derive benefit by manipulation. Year Built 1975: (TRUTH 1900). APPRAISAL MANIPULATION, my understand this broker wasn't satisfied with the first appraisal and asked her to treat the property like she was on LAKE MINNETONKA, so the second time it came in at $420,000. it satified the loan guidelines. He asked if I needed any extra money and now I had a lot of equity and the money was cheap, I could take some out. Not think if I could afford to pay it back. Then he sent me two checks, one he asked if I would destroy, I did, the other I cashed :
Exhibit "A,": (He said, he had other companies,) thats why the check was drawn on: MJC ENTERPRISES LLC, 5115 EXCELSIOR BLVD., SUITE 422, SAINT LOUIS PARK, MN 55416
Exhibit "B,": Because the APPRAISAL (generated on: 12/11/2007 for Loan) was manipulated, it was UNFAIR because my two property tax statements for years 2007 thru- 2009, stated: MAKET VALUE ESTIMATED $324,700 IN 2007/2008 which is $95,300 less than APPRAISAL. This information was accessible @ www.co.kandiyohi.mn.us
Exhibit "C,": Because the APPRAISAL (generated on: 12/11/2007 for the Loan) was manipulated, it was UNFAIR because my second property tax statement for years 2008/2009, which is $92,000 less than APPRAISAL. This information (PUBLIC) was accessible @ www.co.kandiyohi.mn.us

FIFTH THIRD BANK DID NOT FOLLOW THE LAWS & WAS NEGLENT.

DISCUSSION: WHEN YOUR DREAM HOME IS FORECLOSED ON, YOUR HEART IS BROKEN, I BELIEVE FIFTH THIRD BANK WILLFULLY WENT AFTER MY LOAN AND DECIDED AFTER THE LACK OF FOLLOW-UP AND POOR MANAGEMENT POLICIES WITH FEDDIE MAC BACKING. THEY THOUGHT THIS WAS A GOLDEN EGG. THEY COMMITTIED FRAUD, TOOK MY HOME, DESTROYED MY CREDIT, AND MY RETIREMENT FUNDS.


I NEED FOR YOU TO DO THE RIGHT THING.


Posted by
s.c.
on August 21, 2013
Due to needing to do home repairs and the forced insurance placed on my home. My payment went from $450 a month to $1200. I am on a fixed income and when I fell behind on my payments Indy Mac/One West worked with me by trying to make me pay $1800 a month. I was forced into bancruptcy.
Posted by
O. Taylor
on August 13, 2013
This also happened to my sister, who is widowed and has always paid her mortgage on time prior to the force placed insurance by CitiMortgage Grp or CitiBank. Her mortgage went from $847. to 1459. per month! Which she just could not afford and the mortgage company refused partial payments, in addition they also imposed criminally high late fees. She lives in Florida is there any assistance for her there? Please help her if you can.
Posted by
Teresa Pina
on August 12, 2013
My insurance was replace by Chase with a flood zone insurance and three times the amont of what I was paying, and I am not in a flood zone.
Posted by
Eric Mesi
on August 11, 2013
I have always carried home owners insurance Chase bank added their high insurance to my home. Chases insurance only covers the home not my belongings. My geico insurance plus umbrella insurance covers everything. I refuse to pay chase bank for the insurance they added.