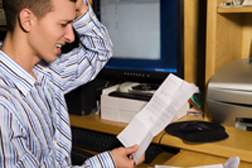 The downturn experienced by the US economy the last few years has translated into economic hardship for countless Americans, many of whom have been forced to make painful financial choices in order to keep afloat. Homeowners who allow a policy to lapse to save money, unknowingly place themselves in a precarious situation. Financial institutions require, as a condition of mortgage, that property owners carry adequate insurance. Therefore, such a lapse could put a mortgage agreement into breach.

But there’s another precipice for the affected homeowner - Force-Place Insurance. In sum, banks and financial institutions have demonstrated, through “cozy” relationships with insurance companies, the capacity to pull rank on the homeowner and place insurance coverage on the home. This Forced-Place Insurance can often be prohibitively expensive, provide less coverage and fewer benefits than a more traditional policy, and in many cases, heavily favor the lender.

Various Forced-Placed Insurance Lawsuits have alleged that financial institutions and insurance companies have combined to capitalize on disadvantaged homeowners through the placement of insurance policies that translate to a lucrative profit center for the enterprises involved.

The Wells Fargo settlement stemmed from a class-action Force-placed insurance lawsuit launched by a number of Florida-based plaintiffs disgruntled after Wells Fargo Bank imposed Forced-Place Insurance policies from QBE Insurance. It was reported the forced-placed insurance terms included a commission paid to Wells Fargo agents funded on the backs of homeowners through their premiums, which were alleged to be inflated.

It was reported that one of the plaintiffs, when force-placed insurance was imposed, faced total costs of $20,000 per month just to remain in the home.

Initially filed in 2011, the complaint was elevated to a Force-Place Insurance class action in 2012, and was scheduled to go to trial next month, according to the South Florida Business Journal (5/16/13). Prior to the start of trial, Wells Fargo Bank and QBE Insurance agreed to settlement terms totaling $19.25 million.

More FORCE-PLACE INSURANCE News
That said, the settlement amount doesn’t come close to the $77 million reportedly paid by an estimated 24,000 homeowners during the class period, identified as April 2006 to February 2013 - and they’re not going to get $77 million back. Instead, according to settlement documents, homeowners who paid the inflated Forced-Placed Insurance premium will be refunded 25 percent in cash, whereas those charged the premium but didn’t actually pay the premium received a credit of 25 percent credit. Attorney’s fees and legal costs for the plaintiffs were also to be taken care of by the defendants, as part of the Force-Place insurance class-action settlement.

At the end of the day, one can’t argue against the need for a lender to have a mortgaged property insured, as a means to protect the investment. However, Forced-Place Insurance attorneys make the point that forcing inadequate insurance onto the homeowner heavily weighted in favor of the lender, through mandated premiums inflated by commissions and kickbacks, is both unfair and unlawful.

Posted by
PAUL K.
on July 7, 2013
We had the same thing happen to us by GMAC and their insurance company that they would not recognize our having State Farm insurance and the tacked on $2500 plus fees for their insurance co. Then when we refused their insurance they told us we were going to go into foreclosure because we were past due even though we sent them the mortgage payment in full every month. We were to the point that they were taking us to court when we used all of our life savings to pay off the mortgage including their outrageous fees. And they then put it on our credit record as a foreclosure even after we had paid them off. So now we even have to fight with the credit bureaus over this. Absolute nightmare in what some of these companies did; we had never had a problem for 5 years until they started this forced insurance racket. Then 2 years of hell and uncertainty; as we were lucky we didn't lose our home. I wish somebody would go after GMAC as they now are over 50% owned by the government after they got bailed out. And nobody helped us. And the GMAC criminals still got big bonuses whilst all of this was going on. So I feel for these people a almost the exact same thing happened to us.