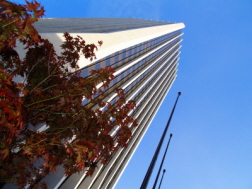 Although Wells Fargo agreed to the settlement, it has not admitted to any wrongdoing in the lawsuit. Approximately 24,000 homeowners were included in the class action, which was scheduled to go to trial in July.

Critics of the insurance call it price gouging, and claim insurance companies are profiting off people’s financial woes. They also point to commissions and fees banks receive when they assign force-placed insurance to homeowners.

Homeowners are fighting back against what they say are unethical and illegal policies by filing lawsuits such as the one against Wells Fargo. Meanwhile, insurance regulators are looking into the practice to ensure consumers are protected.

Posted by
giger Herman ,Captain HS25
on January 22, 2015
What we did not know, a violation constitutes the refusal of payments from the borrower. I expect like CA judges , in Florida, any attempt made (check returned etc,) is forfitted for the servicer/lender.
Posted by
Terry Dale DeMoss
on August 24, 2013
I to didnot except their insurance and took out my own. They ignored my insurance and forced theirs on me. I still have my insurance and as of now no plans to drop it. However if they will not drop theirs I may be forced to drop mine, because my house note has gone up and continues to climb. The last item I got from them was estimate that doubled my payments.
Posted by
giggig24
on July 3, 2013
13% is gauging and a rip off, they do PONZI with you and your house.They push you to forclose soon,take the house , find and collect another (long-arm = typical for all ponzi victims) 40k or 70k downpayment, with the same house within the same (initally closed)30 years .Do the math, 5 or 6 times 1/5 downpayments collected, and after 30 years then , still in full control over
the propertry , continue on and on ....until US Marshalls finally walk up to these CEO's with their annual take home incomes of 15-25 million a year. Hope the bail is several Billions. Go in public records Broward county ,look up CEO Mr. Gregory DeChurch, and learn how deeply he afilliated (F.S.forbits "rebating,collusion,excess rates etc). is sitting in a wellsfargo Villa in FL . He is just a strawman CEO from WellsFargo to play the "independant " force-place insurer.


hope the punitive damage is the amount owed on the incriminated object plus refund of all late fees ,injuries(emotional trauma,depression etc.) all gauged collected funds.
If it's not PONZI it is in Florida still an illegally operation (mo license was obtained and homeowners were not disclosed that they are participating in such foul gambling activity)of Lotterygambling with a win/loss ratio not permittede by F.S.

Posted by
giggig24
on June 12, 2013
South Florida Citizens choice and electronic filing were the only 2 insurance carriers left, so they found out or got in cooperation with wells and BoA adjusted the high rate immediately. So reasonable rate insurance was no longer available , inspectors were sent out with the threat ,current insurance would be cancelled if no inspection is allowed.
After inspection they had a fat work order in the house 40k to 120k . Refuse the inspector ,like in my case costs the high insurance 120k
if i do the math over the lifetime of my 30 yrs.

Gauging, absolute sytematic rip off, criminal charges will be filed to. 19 Million settlement is a drop in the ocean, for what they have done with the homeowners in Florida.It was a win to win situation for BoA and Wells.People were struggling to make these monthly payements, they did not wanna loose theri home and their downpayement.Tremendious phychological stress went onto those victims, in CA one judge awarded pain and suffering in high amount on top of getting the house as considered paid off.

It was not force aplace insurance , it was force to loose house and downpayement, so they can take the housing and make section 8 housing and have the state pay for regularly. I am a victim too, when i look for insurance in South Florida,one of the tripwire questions is
'HAVE YOU BEEN TERMINATED BEFORE?" AND IF YES, THEY will go to the high rate immediately.
I hope in July the Miami Judge will pick up the grand bloc of the victime criminaal and civil, have those homeowners and the forclosed compensated adequately.It may mean bankrupcy for these insurers and even for the major banks.Washington mutual e.g. is bankrupt.
If you find WAMU housing , go ahead and file adverse possession before 1st July 2013 , before the new version comes into effect.
This bankrupcy judge will never work off the 7 billion WAMU in 7 yrs,. and you get the title , free housing for the ones with courage and legal knowledge.


Posted by
Roxanne Samskar
on June 3, 2013
They tried this on me, but reverses the charges when I got my own coverage!!! They can't help me get my interest rate down- even though I was told after one year to come back to get the lower rate!!! Still paying that 13% interest rate, sickening!