With various Forced-Placed Insurance Banks accused of forcing premium-rich but coverage-poor insurance policies on homeowners, the tables have been turned after a multidistrict litigation panel based in Maine forced the retention of about a dozen Force-Placed Insurance Bank lawsuits in the Miami area. 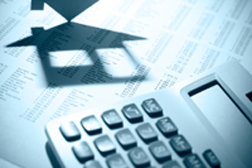 According to the South Florida Business Journal (8/13/13), various stakeholders in lawsuits had been lobbying to have the litigations moved from Miami to four other sectors in the country. But the panel ruled the lawsuits should remain in Miami.

Forced-place insurance occurs when banks and lenders place, beyond the control of the owner, insurance on a property or entity in which the lender has a vested financial interest. Perhaps the homeowner, for example - due to financial hardship or otherwise - has allowed an insurance policy to lapse. Or perhaps the lender feels the coverage is inadequate. Whatever the reason, there have been countless instances where a major Force-Placed Insurance Bank or other lender has arbitrarily attached an insurance policy to the mortgaged property, leaving the property owner with potentially inadequate insurance that carries a large premium.

It has been alleged that Forced-Place Insurance Banks have enjoyed cozy relationships with providers of insurance, and have received kickbacks in exchange for placing expensive policies without the permission or even knowledge of the homeowner.

More FORCE-PLACE INSURANCE News
According to the South Florida Business Journal, some 29 lawsuits are percolating in Miami, with some seeking class-action status. The number of lawsuits is only likely to grow as more homeowners realize they have been taken to the cleaners by a bank or other lending institution looking to bolster its bottom line by placing, without an owner’s consent, sometimes woefully inadequate insurance at substantial premiums.

Various plaintiffs in forced-place insurance lawsuits have alleged that a lender had arbitrarily placed a substandard insurance policy on their home, at a premium sometimes much higher than a less-expensive policy affording more coverage. Allegations have included commissions paid to banks by insurance companies, with homeowners stuck with paying a higher premium due to the inclusion of a commission, for an inferior product that favors the lender, rather than the owner of the property on title.

Some homeowners have found their premiums to be so steep it has threatened their continuation in the home. In response, many have sought help from a Force-Placed Insurance Bank attorney - something that plaintiffs appear to be doing with increasing frequency.