In the interest of public health, a December 16 editorial in the Bismarck Daily Tribune publicized three separate episodes of food poisoning that occurred in early summer. 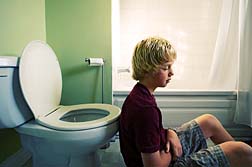 According to the Daily Tribune, the three incidents of food poisoning sickened a total of 150 people in three North Dakota communities—Wilton, Washburn and McClusky. An unlicensed food caterer, said to be at the center of an initial outbreak of food poisoning, was issued a cease-and-desist order by the First District Health Unit following an incidence of foodborne illness in Washburn.

However, the Tribune says that the caterer in question summarily ignored the order, and a second outbreak of food poisoning occurred the following weekend.

Some victims of the outbreak suffered a great deal as the result. An out-of-state family whose elderly parents became ill spent about $4,000 in transportation and accommodation costs, not to mention the costs of hospitalization and treatment.

More FOODBORNE ILLNESS News
The editorial noted that the board of directors for the First District Health Unit had met in July, soon after the incidents of food poisoning, and elected not to take any action at the time. The next board meeting isn't scheduled until sometime in February of 2010.

What has been done up to this point—and what could be done to prevent another outbreak? The Tribune argues that the victims of foodborne illness and the public at large need such questions answered sooner than later. Those entrusted with the public health of their community need to root out the source of the problem and determine strategies to prevent a recurrence.

The Tribune assumes no ill intent on anyone's part and notes that not all information may have been available in July when the board last addressed the issue. Even so, it is indefensible that "almost seven months later, the public still does not know if business related to the food poisoning has been dealt with."