More FOODBORNE ILLNESS News
The widow of a man who died after he contracted listeriosis from eating tainted celery has filed a food poisoning lawsuit against Sangar Fresh Cut Produce in San Antonio, KSAT.com reports. 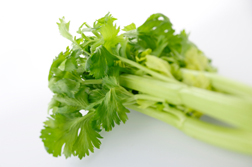 The lawsuit, which was filed recently in Bexar County, Texas, was brought against the plant by Elizabeth Castellano, the widow of Hermillo Castellano, who died in June 2010, according to the news provider.

The lawsuit claims that Hermillo Castellano consumed the tainted celery while he was in the hospital for a separate condition in May 2010. According to the news provider, in October, the state health department found the presence of the bacteria listeria at the plant.

According to the US National Library of Medicine, listeria is "unlike many other germs because it can grow even in the cold temperature of the refrigerator."

Testing by the Food and Drug Administration also determined the presence of the bacteria at the plant, which was ordered to be closed on October 20, 2010. According to the news provider, seven listeria cases and four deaths have been linked to tainted celery from the plant.