A proposed bill in front of Congress would increase the number of centers that examine foodborne illness, but time is running out for the legislation. 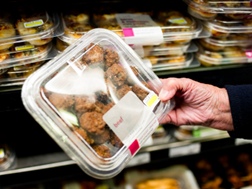 If the bill is not passed by the end of this Congressional session, lawmakers will have to re-start their effort to reform aspects of the US Food and Drug Administration next year, according to KARE 11, an NBC affiliate.

"We cannot afford any more delays," Amy Klobuchar, a Democratic Senator from Minnesota said at a news conference.

More FOODBORNE ILLNESS News
The proposed FDA Food Safety Modernization Act would give the agency mandatory recall authority, in addition to increasing the amount of inspections at facilities across the nation.

The House passed a version of the bill last year, but it has not yet been voted on in the Senate, as the upper house of Congress has been working on healthcare reform and other legislation.

"I stood up in front of about 50 senators before we left for August and I said, 'OK, we're delaying this again, but I promise you something is going to happen in August. People are going to get sick and then we will revisit this again,'" Klobuchar told the news source.

The bill would also create centers to investigate foodborne illness that would be modeled on a group currently operating in Minnesota, reports the news provider.