Salmonella Flavor Enhancer Recall Could Be Largest in History

A food additive found in literally thousands of food products could be subject to the largest ever food recall in North America, according to the US Food and Drug Administration (FDA). The claim was carried this morning in a report by the Montreal Gazette. 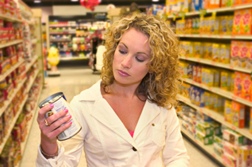 A batch of flavor enhancer manufactured by Basic Food Flavors Inc., based in Nevada, was recently found to contain Salmonella Tennessee. Hydrolyzed vegetable protein, commonly known as HVP in the food industry, is added to a myriad of products, and concern over the potential for contamination has already resulted in the recall of 94 food items in the US and four in Canada over the last five days.

The Canadian Food Inspection Agency (CFIA), which recently tagged President's Choice Mustard-flavoured pretzel nuggets, told CanWest News Service that there will be more recalls to come. Derek Nighbor, senior vice-president of regulatory affairs at the Food and Consumer Products of Canada, said Canadian food manufacturers "are working quickly to ensure any contaminated products are removed from the marketplace."

Canadian food safety regulations are considered some of the most stringent in the world. However, it should be noted that the US has a much larger population and therefore will take far longer than Canada to conduct a similar investigation and recall.

Industry experts say a weak tracking system across the North American supply chain for such a common ingredient means consumers can expect some of the recalls to trickle out over an extended period.

"You're dealing with a by-product, so if companies are not recalling their product, it's because they probably don't have an answer and they don't know," said Sylvain Charlebois, University of Regina business professor and author of "Not On My Plate: Managing Risk and Fear," in comments to CanWest. "Why? Because most companies do have a food traceability system, but it's not transversal, meaning that their system doesn't necessarily communicate efficiently with the systems of suppliers or customers or clients."

More FOODBORNE ILLNESS News
Michael Armstrong, a quality management specialist at Brock University's faculty of business, said this case is particularly challenging because the raw material is likely considered a generic commodity. As such, a food manufacturer might buy HVP from many different suppliers over time, wherever it is cheapest, and store it all together without establishing an efficient trace-back system to a particular source or batch.

So far there have been no reported illnesses. At lowest risk are foods that need to be cooked, a process that effectively kills the bacteria if done correctly. The greater issue involves snack foods that are designed to be eaten raw. HVP can be found in thousands of processed foods, including chips, dips, salad dressings, sauces, hotdogs, soups and frozen dinners.

HVP may not even be listed as an ingredient.