A federal regulator desperately in need of reform had to wait until the company at the center of the massive peanut butter salmonella recall approved the wording of a recall, before the US Food and Drug Administration (FDA) was able to publish it. 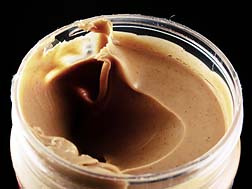 By that time, many stores had already removed some of the suspect products from store shelves, based on word from the street. They weren't about to wait for the formal recall, given the popularity of some of the products recalled.

To date, more than 400 products made with peanut paste sourced from Peanut Corporation of America (PCA) have been pulled from store shelves. A criminal investigation is being considered.

And the peanut butter recall has gone right to the President of the United States. In an interview with the TODAY Show's Matt Lauer yesterday, Barack Obama revealed that daughter Sasha eats peanut butter for lunch, "probably" up to 3 times a week, the shirtsleeved President said.

"I don't want to have to worry about whether she's going to get sick as a consequence to having her lunch," Obama said.

Chances are, if Sasha Obama is eating a peanut butter sandwich, her safety is pretty much assured given that peanut butter spread sold in jars directly to consumers at retail are considered safe.

Kraft—the giant maker of peanut butter—does not source any of its peanuts or raw materials from PCA, for example, and therefore has not been caught up in the salmonella scare.

In fact, there is a bit of a disconnect between peanut butter and peanut paste. The latter is a raw ingredient used in the manufacture of various products, but is far removed from the more refined peanut butter consumers buy in a jar and spread on bread with jam.

And peanut butter in large vats, shipped by PCA to kitchens, food services and institutions, is not the same as peanut butter sold in jars.

However, one could forgive the consumer for losing sight of the divisions between industrial peanut butter sold in large quantities—or peanut paste, a raw material—and refined peanut butter. So many children across America eat peanut butter as a staple in their diets—sometimes it's the only thing they will eat for lunch—that parents are understandably unsettled about the entire peanut salmonella mess.

Again, refined peanut butter in jars is assumed to be okay.

However, large-quantity peanut butter sold to institutions and peanut paste, a raw material from Peanut Corporation of America used in the manufacture of hundreds of food service products, is another matter.

And the impact has been dramatic, to say the least. More than 500 people have become ill across 43 states. The death toll stands at 8.

More than 430 products have been recalled.

Even though Peanut Corporation of America makes just 1 percent of the peanut butter and peanut paste used across the US, its reach into the stockrooms and product lines of other manufacturers is formidable, in view of the hundreds of products recalled.

The timeline of this outbreak at the point of identifying the source is about a month old.

According to reports federal health officials identified the Blakely, Georgia plant owned by PCA as the source of the salmonella outbreak on January 9th. PCA announced a limited recall January 13th and expanded the recall three days later.

However, the company would wait for almost another 2 full weeks before it would recall all product manufactured at the plant in 2007 and 2008. The wait would have been compounded further by the right of the corporation to haggle over the wording of a recall statement, before the FDA could publish. The FDA's own regulations allow for the food industry to be, essentially, in the driver's seat in such matters.

Congress says, essentially, that such policy is dangerous and foolhardy, and vows to reform the FDA.

That delay in announcing the recall did not prevent Costco from removing product suspected of salmonella contamination long before the nationwide recall, according to a report in the New York Times. Craig Wilson, an assistant VP at Costco, reveals the decision was made to pull Kellogg's Keebler and Austin peanut butter crackers a day in advance of Kellogg's first announcement, and nearly a full week prior to Kellogg and PCA issuing a nation-wide recall with regard to those products.

Wilson suggested in comments published in the New York Times that the suspected salmonella was already widely known amongst food safety officials, and he wasn't about to wait for the FDA to act.

"I don't want to say that you can't rely on the FDA," Mr. Wilson said in the New York Times on Monday, "but we certainly can move quicker than they do."

President Obama promises a full review of the FDA.

Meanwhile, the recall has spread to include Sara Lee, and their Chef Pierre Chocolate Peanut Butter Silk Pies. The foodservice product is sold frozen with 4 packaged pies in each case.

FDA inspectors allege that they found mold on the walls and ceiling of the PCA manufacturing facility in Blakely, a leaky roof, and other sanitary issues. The plant was ordered closed. The FDA also alleges that PCA knowingly distributed peanut product that had tested positive for salmonella a dozen times over the past two years, but that the company continued to have the product re-tested at different labs by way of a process known as 'lab-shopping,' until the product came back with a negative test.

Such allegations have been denied by the daughter of PCA's founder, and sister of PCA President Stewart Parnell. Beth Falwell said in media reports on January 29th that the FDA report was flawed and exaggerated. Falwell maintained that PCA never knowingly shipped contaminated product, and that their manufacturing partners regularly sent inspectors to the PCA facility. According to Falwell, had any of the inspectors representing proud and reputable companies found any obvious violations, they would rethink their association with PCA.

To the suggestion that the FDA may have found roaches wandering around the Blakely plant, Falwell told reporters, "It's a food manufacturing plant, you know? I'm saying it's exaggerated."

While the investigation continues, President Obama will soon have a new individual installed to head the FDA, and promises reform.

"I think that the F.D.A. has not been able to catch some of these things as quickly as I expect them to catch," Mr. Obama said in an interview on the TODAY show.

More FOOD RECALL News
In the meantime, any individual sickened as the result of this peanut butter salmonella-contaminating scare will be looking for not only answers, but also compensation. The real, nut-and-bolts profile of this scare could be seen in the face of Michael Kirchner, age 3, of Belle Plaine, Minnesota. The little boy was hospitalized for 4 days with intense pain in his head, his neck and shoulders.

"He had a spinal tap, bone scan, MRI and CT scan," said his mother Sarah Kirchner, in comments published in the New York Times. A sibling was also sickened.

It is why a federal regulator needs new leadership, new sources of funding and a new mandate to crack down on those putting the food through the pipeline of the national food supply.

It is why manufacturers should be vilified, and made to answer for knowingly maintaining a facility wanting of basic maintenance, and shipping product while allegedly knowing about a potential for salmonella.

A new era may be coming. But until someone can better safeguard the safety of the nation's food supply, the courts will be busy. And there will be many lawsuits over this.