On August 25, 2008 Merchant Law Group LLP filed the first class action lawsuits in Canada on behalf of listeriosis victims and recalled meat purchasers. "Since the action was filed we have had about 3,400 expressions of interest from people concerned," says attorney Darren Williams, "from Victoria, British Columbia to St. John's Newfoundland and a few US states—including Washington and Montana." 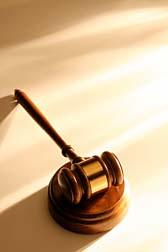 Merchant Law Group LLP is a national law firm with twelve offices in seven provinces. There are currently 21 class action lawsuits filed across Canada, of which Merchant has filed eight and the law firm is currently trying to get national certification.

"National certification means there would be one lawsuit across the entire country and it wouldn't matter where the plaintiff lives to qualify for the class action," says Williams. He explains that a class action is beneficial to everyone concerned because it will likely make things more efficient to resolve, mainly because the defendant--Maple Leaf Foods-- wouldn't settle individual provinces at different times. "One province would have to wait for another and a national class action will settle all at once."

What is the process involved to obtain national certification and how long does it take? "We will make an application to the court in six months," explains Williams. "It takes a long time to gather all the information necessary to present to the court and we have to take into account the dormancy of the bacteria--we won't know the full extent of the damages for several months."

More FOOD AND SUPPLEMENTS News
Williams says when the suit is certified the court will establish a set of defined classes that people have to "fit into" so they can qualify for compensation. "We are looking at anywhere from one or two years for a settlement and I think the likelihood of a settlement is very high," adds Williams. The likelihood of a settlement is high because on August 27th Maple Leaf, Canada's biggest food processor admitted it was to blame for the outbreak, and further said that Canada's food inspection system was not at fault.

Meanwhile people are still getting sick and reports are still coming in. To date at least 12 people have died from the listeriosis outbreak that has been linked to contaminated meat from Maple Leaf Foods Inc. As of September 2nd, the Public Health Agency of Canada confirmed 38 cases of listeriosis across Canada, and another 21 are under investigation.

For an update on the Maple Leaf Foods Class Action check back with LawyersandSettlements or Merchant Law Group LLP in a few weeks.

READ ABOUT FOOD AND SUPPLEMENTS LAWSUITS

If you have suffered losses in this case, please send your complaint to a lawyer who will review your possible [Food and Supplements Lawsuit] at no cost or obligation.
Request Legal Help Now