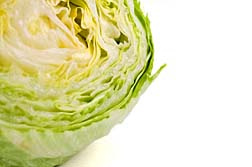 So far, there have been four reported cases in Macomb County, three in Wayne County and one in Oakland County. But there is no telling how many cases have not been reported: E.coli Health officials in Illinois reported that at least five Illinois residents were hospitalized after contracting the bacteria between late August and mid-September.

Meanwhile, The Detroit News reported that Aunt Mid's Produce Co. has halted shipments of the purported contaminated lettuce associated with the outbreak. The newspaper further reported that the supplier shipped bags of shredded or chopped iceberg lettuce to restaurants and institutions and believes contaminated lettuce was not sent to store shelves.