The Washington Post has reported that the Food and Drug Administration (FDA) knew for years about contamination at the Georgia ConAgra plant which produced peanut butter that has sickened more than 400 people across the US.

In 2005, FDA inspectors were at the Sylvester-based plant to investigate complaints of an alleged episode of salmonella in a 2004 product. But when company managers refused to provide documents crucial to the investigation, the inspectors left and did not follow up. 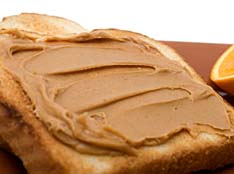 Was the Outbreak Preventable?
At the time of the 2005 FDA inspection, ConAgra admitted to inspectors that it had destroyed some of its product in October 2004, without explaining why. FDA inspectors also stated in the report that "the firm didn't react to insects in some equipment, water leaking onto product, and inability to track some product."

But the FDA did not take action regarding the contamination until February of 2007, when the Centers for Disease Control (CDC) reported a spike in salmonella cases in states near the ConAgra plant. The FDA then contacted ConAgra Foods, which recalled all varieties of its Peter Pan and Great Value peanut butter manufactured at the plant.

This has led consumer advocates and lawmakers to wonder: could this outbreak have been prevented entirely with basic investigative follow-through?

Congress Calls for Greater Regulation
In the aftermath of this outbreak as well as several other high-profile food recalls, the House Energy and Commerce subcommittee is now holding hearings to address the FDA's accountability and regulatory authority, and to increase the agency's budget.

Former FDA Commissioner: Agency Lacks Resources
William Hubbard, who retired as associate commissioner of the FDA in 2005, argues that the agency is simply under-funded. Hubbard points out that when he joined the FDA in the 1970s, food safety represented half of the agency's budget and personnel.

"Now it's about a quarter... at a time in which the problems have grown, the size of the industry has grown and imports of food have skyrocketed," Hubbard told the Post.

As a result, the FDA has counted on industries to monitor themselves, according to FDA documents, as the agency doesn't have the manpower to comprehensively monitor the nearly 80,000 facilities under its watch. The FDA only visits "problem" food plants about once a year and the rest far less frequently.

These are chilling facts, especially in light of the latest CDC report on foodborne illness. On Monday, it released its preliminary 2006 data from 10 states: California, Colorado, Connecticut, Georgia, Maryland, Minnesota, New Mexico, New York, Oregon, and Tennessee. A total of 17,252 confirmed cases of food-borne illness were reported in these states in 2006. The CDC estimates that the nationwide number is 20 to 30 times that amount. The most commonly reported foodborne illness? Salmonella.
READ MORE ABOUT Food/Drink