Beef Recall: Over a Million Pounds of Cargill Hamburger Tainted with E. coli

As the meat industry continues to recover from the aftereffects of the massive Topps beef recall earlier this fall, comes word of the latest beef recall for the deadly E. coli pathogen, this time by Cargill Inc. This morning it was revealed that over one million pounds of ground beef produced in a plant located in Wyalusing, Pennsylvania between October 8 and 11th are being pulled from store shelves in ten States.

It is the second recall by Cargill in less than a month. 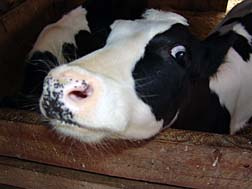 E. coli is a bacterium that is not a dire threat to most healthy people, although it will cause several days of intense abdominal discomfort. However, E. coli has a field day with children, the elderly, or anyone with weakened immune systems. Here, E. coli O157:H7 is potentially deadly and may cause bloody diarrhea and dehydration. It is usually eradicated completely by thorough cooking of the meat.

While there are no reports of illness so far concerning this recall, that wasn't the case a month ago, when four adults from Wisconsin and four children consumed, and were sickened by contaminated Sam's Club beef patties. That resulted in a recall October 6th of 839,000 pounds of ground beef products by Cargill.

A lawsuit is pending.

Cargill was notified Saturday by the US Department of Agriculture (USDA) after a sample of beef produced October 8th at the Cargill plant in Pennsylvania tested positive for E. coli. Although Cargill did not divulge the source of the beef, the USDA Food and Safety Inspection Service (FSIS) indicated on Saturday that it would be stepping up its testing and re-inspections of beef and poultry imported from Canada.

"Effective next week, the FSIS will increase testing for Salmonella, Listeria Monocytogenes and E. coli O157:H7," said Richard Raymond, the USDA undersecretary for food safety, in a statement Saturday, "and (we) will require shipments be held until testing is complete and products are confirmed negative for these pathogens."
Raymond said the FSIS audit on the Canadian food safety system would focus on Rancher's Beef Ltd, which was shut down earlier this fall after the massive Topps beef recall made headlines around the world. That recall was the second largest in US history, amounting to 21.7 million pounds.

A spokesperson for Cargill said the company is working closely with the USDA to remove the 1,088,394 pounds of tainted meat from store shelves.

This latest recall comes at a bad time for the meat industry, already reeling from the Topps recall, which scuttled the company. At the time of the Topps debacle, a spokesperson for The American Meat Institute Foundation commented that the industry was diligently attempting to make E. coli a thing of the past, and had thought it had turned the corner when the Topps recall hit.

With the USDA and FSIS putting the focus on Canada in the midst of this latest recall by Cargill, it translates to bad news for the Canadian beef industry, itself still recovering from the mad cow scare of a few years ago, which closed US borders to Canadian beef, and brought the Great White North beef industry to its knees.

No one is suggesting the same will happen this timeï¿½"and the good news surrounding this latest recall, is that no one has fallen ill.

Cargill Inc. is one of the nation's largest privately-held companies.

If you or a loved one has suffered from e. coli illness after eating Cargill ground beef, please contact a lawyer involved in a [Cargill Beef E. Coli Lawsuit] who will review your case at no cost or obligation.
Request Legal Help Now