Business Owners Liable for Crimes against Customers on their Premises

It happens all the time. A customer is assaulted or robbed or injured in some way while on the premises of a business. Unfortunately, says veteran Orlando attorney Rich Newsome, many people don’t realize premises liability law says businesses have an obligation to see that their customers are safe. And if a business fails to do so that injured customer very likely has a legitimate case for compensation. 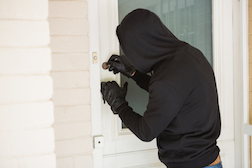 “This is one of the tragedies of these situations,” says Newsome. “This happens to people all the time and they don’t realize that if the business owner had taken precautions regarding security they might not have had to be the victim of a robbery or assault.”

And it is not just stores that have this kind of responsibility. Florida Premises Liability law extends to all kinds of businesses.

Several years ago Rich Newsome, from the Newsome Melton Law Firm of Orlando, represented a young woman known to the courts as ‘Jane Doe’ in a particularly horrific sexual assault case.

“The owner of this complex did not put adequate locks on the windows, the windows were broken, and the fencing wasn’t good. They didn’t have good lightning in and around the building either,” says Newsome.

A sex offender took full advantage of the situation.

“He had been following this young, single woman. He watched her and then one night came into her apartment through a window. He sexually assaulted her for three and a half hours,” says Newsome.

The Newsome team argued that the apartment owner was negligent and did not properly secure the property in a way that would have protected Jane Doe. The case settled in her favor.

“A negligent security case is just that,” he adds. “You were negligent in not providing security. At the end of the day you have to provide lighting, or a security guard. There is also a heightened duty whenever a business owner had knowledge or should have known there were other incidences in or around your property as in the Jane Doe case.

Several years ago lobbyists in Florida tried unsuccessfully to get the state legislature to shift the blame for these kinds of premises injuries away from the business owner and onto the criminals. That would have allowed businesses and their insurance companies, in many cases, to argue against being liable for claims.

The law can do a lot to protect customers from becoming crime victims.

“This is a very good tool to ensure that business owners keep their properties safe,” says Newsome.

More FLORIDA PREMISES LIABILITY News
“If you’re running a business in the neighborhood and you’ve heard that there have been a series of assaults or beatings within a few blocks of your business, well by golly, you better get a security guard there and some decent lighting,” says Newsome. “You have vulnerable citizens coming onto to your business premises you need to protect them.”

Juries understand these cases very well. Perhaps because keeping people out of harm’s way is a pretty basic instinct.

“At the end of the day the reason these kinds of cases resonate with juries is because that’s what they do for their own families,” says Newsome. “They make sure they are protected. You are not going to let them go into some place that is dangerous. At the end of the day that is the same responsibility that business owners have.”

Unfortunately, many victims of crime, says Newsome, don’t realize that they are justified in making a claim for harm done and injuries sustained.