While Florida premises liability runs the gamut from dog bites to slips and falls, proprietors of hot food and beverages are required to observe caution in order to avoid spills of hot liquid that could injure either an employee, or a customer. To that end, a Starbucks located in the Sunshine State has been hit with a $100,000 judgement over a hot-liquid spill that resulted in a consumer suffering a burn injury. 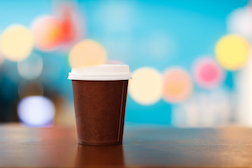 The incident happened while the customer was waiting at the drive thru. A drive thru lane, while not within the actual building, is nonetheless a part of the premises and subject to premises liability Florida, which the incident bears out.

According to court documents, plaintiff Joanne Mogavero had stopped at the drive thru at a Starbucks location at Nautica Drive in Jacksonville. Amongst her order was a hot coffee, which was presented to the plaintiff by a Starbucks employee manning the drive thru window and whose responsibility was to hand food and beverages to customers as they waited in their vehicles.

While positioned at the drive thru window on July 13, 2014 an employee proceeded to hand Mogavero her coffee. However, Mogavero’s Florida premises liability lawsuit alleged that the plastic lid on the filled coffee cup was either defective or not attached properly. As the handoff occurred, the lid is alleged to have dislodged, spilling the contents of the hot cup of coffee onto Mogavero. The plaintiff alleged to have suffered first, and second-degree burn injuries in the mishap.

Mogavero sued for damages with the help of a Florida premises liability lawyer. Named in her May, 2015 lawsuit were Starbucks Corp. (Starbucks) and Lauren Spade, identified in the lawsuit as a store manager responsible for operations at the particular Starbucks outlet.

In particular, Mogavero asserts that provided the lid was defective, the employee stationed at the drive thru window is alleged to have failed in her responsibility to inspect the lid to ensure it was sound. Provided the lid was sound, then Mogavero asserts that an employee failed to affix the lid onto the cup properly, failed to take reasonable care and failed to warn the plaintiff of the potential hazard.

Court documents show the plaintiff incurred $15,492 in medical bills in order to treat the burns. The Jacksonville jury in the Florida premises liability lawsuit assigned 80 percent liability to Starbucks and 20 percent to the plaintiff.

More FLORIDA PREMISES LIABILITY News
The award included medical bills incurred by the plaintiff, together with $55,000 for past damages and $40,000 for future damages.

In spite of the landmark 1994 lawsuit Liebeck v. McDonald’s Restaurants, which saw a jury award of $2.8 million in punitive and compensatory damages to a New Mexico plaintiff who suffered burns over spilled coffee, Mogavero’s Florida premises liability lawyer characterized the Jacksonville jury award to her client as fair and just.

Starbucks indicated they stood behind their employees as having done nothing wrong, and are considering an appeal.

The Florida premises liability lawsuit is Mogavero v. Starbucks Corp., Case No. 16-2015-CA-3129, in the Circuit Court for the Fourth Judicial Circuit of Florida.

Click to learn more about LawyersandSettlements.com
LawyersandSettlements.com is an online news and information site for the general public and legal community. As a legal news resource, we have emerged as an independent & trusted voice. We provide detailed and quality information on various lawsuits filed including Personal Injury Cases, Environment Cases, and Real Estate Cases.