It goes without saying that car racing, as a sport can be a dangerous pastime, especially for the driver. For that reason intense research and design strategies have taken center stage in an effort to better protect drivers from potential injuries stemming from catastrophic high-speed accidents. But what of spectators, who view the proceedings in the stands without benefit of helmets, or flame-retardant suits? While the industry continually strives to better protect the driver, do racetracks respond in kind with equal intensity? That question forms the basis of a Florida Premises Liability lawsuit against Daytona International Speedway after a spectator was seriously injured in 2013. 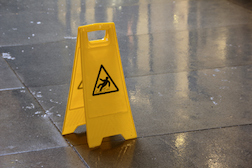 According to court documents plaintiff Allen Davis was a spectator at the 2013 Daytona 500 when a horrific crash involving 12 cars sent one vehicle, driven by Kyle Larson, up against the catch fence. While the fence succeeded in preventing the entire car from directly impacting the seating area the car disintegrated nonetheless, spewing debris into the crowd through, and over the catch fencing located near the finish line and in front of a large seating area for fans. Several spectators were injured including Davis, who was hit in the head with a large piece of debris from the disintegrating race car and suffered what is alleged to be a traumatic brain injury.

Davis alleges in his premises liability Florida lawsuit that the defendant and NASCAR knew, and have known for a period of years that the implementation of speed-capping measures following a 1987 crash the injured several spectators, increases the likelihood of cars going airborne. That’s what happened during the 2013 crash, when Larson’s car went up into the air and impacted the fence directly in front of the spectators.

The Florida premises liability lawsuit also asserts that fences in between the track and the stands are not sufficiently adequate to protect spectators from injury.

The case is not unlike a typical Florida slip and fall case whereby premises owners, or operators are found liable for either failing to maintain safe premises, or making an attempt but stopping short of doing a complete and thorough job.

This notion was driven home recently in another state.

Earlier this month a Pennsylvania plaintiff was awarded $2.1 million in damages when a jury determined that the defendant failed to do enough to prevent the slip and fall that eventually injured the plaintiff while shopping at a Target store on December 14, 2013. According to court documents, a spill in the aisle had been cleaned up and the floor mopped by staff, who dutifully placed warning cones in the area of the spill.

However, it was alleged in the slip and fall lawsuit that staff “carelessly mopped the floor well outside of the cordoned-off area” with “a wet soapy substance.” Plaintiff Melissa Horton walked cautiously around the spill area identified by the caution cones, but once beyond the immediate spill area resumed her normal gait only to slip on the wet floor that was not marked, and an accumulation of the wet, soapy substance that was outside of the immediate spill area.

Horton fell heavily and tore her right hamstring completely from the hip socket. Horton required a surgical repair and spent a period of time in a body brace to immobilize her right leg.

Target held that the clean-up, and warning of the wet floor was ample. The jury however, held that the defendant did not go far enough in its warning and nonetheless was liable for an unsafe situation.

A similar allegation is unfolding in the Florida premises liability lawsuit against the Daytona International Speedway. While catch fences have been improved over the years, are they sufficiently safe to adequately protect spectators from catastrophic injury? And if race cars are going airborne more often due to efforts to cap speeds and design changes to the vehicular structure to achieve that end, have catch fences been updated in kind?

More FLORIDA PREMISES LIABILITY News
Davis, the injured spectator, filed suit in November, 2015. In November of last year a judge in Florida granted the plaintiff a partial victory by ordering the defendant to produce documentation it had been pressing to retain.

The defendant had objected to a request for documents concerning ‘fan safety,’ holding that in its view the term was too broad and encompassed a number of situations that went beyond danger and risk for injury from flying debris, such as Florida slip and fall issues, traffic concerns and the temperatures in the concession areas.

The attorney for the plaintiff hailed the order by Florida judge Karla Spaulding for partial documents, adding that it was important to determine what NASCAR knew about the fence – and when they knew it.

The case is Allen Davis v. Daytona International Speedway LLC et al., Case No. 6:15-cv-01872, in the US District Court for the Middle District of Florida.