Business owners responsible for the management of property and premises traversed by the public may not be conversant with Florida premises liability law that holds the business owner principally responsible for any real, or perceived lack of security. This can run the gamut from slips and falls, to crowd control. Anyone conversant with the panic and large crowds associated with Black Friday and Cyber Monday sales, for example, can attest to the need for adequate security and crowd management. 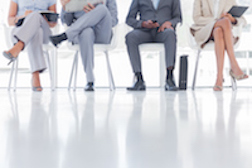 In one example of premises liability Florida, a lawsuit involving seven claims was advanced against the office of the US General Services Administration (GSA) – a federal agency – with regard to an excessive number of patrons attending the US Social Security Administration (SSA) office in Boca Raton.

The SSA shared space with other tenants in a building managed by CanPro Investments Ltd, the plaintiff. It was understood by all parties that a maximum of 250 visitors per day were expected through the SSA office on any given day.

The problem over Florida premises liability arose when an SSA office closed in nearby West Palm Beach, resulting in a wave of additional visitors to the Boca Raton premises that swelled to 500 or more in a day – or at least twice that of the agreed maximums. The overcrowding is alleged to have caused hardships for other tenants of the building and their clients, and overloaded the building’s parking areas.

CanPro held that the GSA “knew or should have known” about the anticipated office closing of the West Palm Beach office of the SSA.

The alleged problems were not restricted to overcrowding. In its certified Florida premises liability lawsuit, filed in November 2014, CanPro asserted the increased volume of visitors led to “numerous arrests for drugs and weapons,” together with a loss of tenants in the multi-story office building.

CanPro’s 2014 claim was initially set aside for being ‘unripe.’ The plaintiff refiled in February of last year, seeking damages of not less than $250,000.

In the end, the lawsuit was largely dismissed due to various factors – not the least of which was a finding by a US Court of Federal Claims judge that CanPro had failed to bring the Florida premises lease dispute to the attention of a contracting officer. Further, Judge Margaret M. Sweeney granted the defendant’s motion to dismiss all but one of the seven claims.

More FLORIDA PREMISES LIABILITY News
The Judge did preserve the claim for breach of contract alleging the tenant – SSA – was indeed obligated to limit the daily visitors to the understood maximum of 250 under an “implied duty of good faith and fair dealing.”

As has been witnessed in previous incidents historically, large crowds can foster sometimes dangerous circumstances requiring additional security in order to maintain a modicum of safety for patrons. It is the responsibility of business owners leasing space to ensure that crowds are kept to a manageable level, for the benefit and safety of all concerned.

The Florida premises liability lawsuit is CanPro Investments Ltd. v. US General Services Administration, Case No. 16-268C, in the US Court of Federal Claims.