Is Proposed Bill a Step Backward for Florida Employment?

A new law proposed to govern Florida Employment would strike down any current effort to protect the rights of low-wage earners and appears to be pointed directly at an ordinance brought in at the county level by Miami-Dade last year. To that end, an opinion piece that appeared April 14 in the Miami Herald takes the view that the proposed law is a step backward. 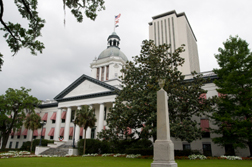 The US Department of Labor, it was reported, has about 1,000 investigators to enforce federal laws in more than seven million workplaces nationwide. Thus, the odds that a labor inspector might drop in at your shop in any given year are less than one in 100.

The municipal brain trust at Miami-Dade decided to take matters into its own hands last year in an effort to enforce Florida Labor law at the county level. The ordinance was widely praised by worker advocates, especially given Florida's lack of an organized equivalent to the US Department of Labor. The ordinance is an effort to enforce compliance with Florida employment labor laws.

However, the Miami-Dade ordinance was denounced by employers. The introduction of HB241/SB982 by Representative Tom Goodson (R-Titusville) and Senator Jim Norman (R-Tampa) in the Florida State Legislature will not only have an impact on Florida state labor laws, it will also serve to make the ordinance passed by Miami-Dade illegal.

In the Miami Herald, writer and lawyer Jose Rodriguez notes that a survey conducted in 2009 revealed that a large majority of the almost 4,500 low-wage earners studied experienced at least one pay-related violation during their most previous workweek. Without an organized means of compliance enforcement, most of those employers flaunting the system are escaping scrutiny.

More FLORIDA EMPLOYMENT LAW News
Many low-wage earners are immigrants. There can be a language barrier. In the event of a dispute, litigation is usually not an option due to the expense.

What's more, in the Florida Labor scene, it is not always low-wage earners that appear to be experiencing unfairness. A lawsuit recently filed against the St. Petersburg Chamber of Commerce asserts that three former employees of the Chamber were not paid overtime for extra hours worked—a direct violation of federal laws and Florida labor and employment law, if proven true.

In the meantime, workers currently have an aid in Miami-Dade that provides what is described as an accessible and efficient process for perusing wage disputes and other alleged violations pertaining to Florida employment labor. However, the days of the Miami-Dade ordinance may be numbered if the Goodson-Norman bill passes through both state Houses.