The House Finance and Tax Committee recently approved new changes to Florida labor law that would reportedly make it more difficult to qualify for unemployment benefits, the Florida Times-Union reports. 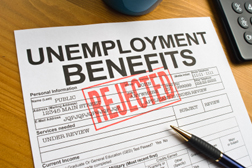 The committee approved House Bill 7005 on a party-line vote, according to the news source. Similar legislation is reportedly moving to the state Senate.

More FLORIDA EMPLOYMENT LAW News
The provisions of the proposed legislation include cutting the length of time that people can receive state unemployment benefits from 26 weeks to 20 and eliminating benefits for employees receiving severance pay.

Additionally, the new measure would reportedly enable employers to fire workers who are repeatedly late and would not allow such employees to collect benefits, according to the news provider.

Critics of the legislation, including state Democrats, say that the new bill would make it even more difficult for those searching for jobs in a tough economy.

Randolph was initially elected to the Florida House of Representatives in 2006, according to the legislature's Web site.