A bit of a battle appears to be brewing between supporters of a wage law enacted at the county level in the Sunshine State, and a proposed new Florida Employment law that would likely accomplish a similar goal with regard to the prevention of wage theft. Meanwhile, the wage theft ordinance enacted in Miami-Dade, located in the southeast sector of the state, has been challenged in court. 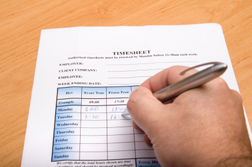 The Florida Independent reported on January 21 that State Representative Tom Goodson (R-Titusville) filed legislation January 18 that would effectively preempt regulation of wage theft to the state level, except as otherwise provided by federal law. The proposed bill would also supersede any municipal, country or local regulation pertaining to wage theft.

In so doing, wage theft would be regulated under Florida Labor Law.

It was just last year that Miami-Dade passed an ordinance that prevents employers from cheating workers out of their rightful wages.

There is ample proof of this, according to data released by the Research Institute for Social and Economic Policy (RISEP) at Florida International University, and published by the Florida Independent last November. According to RICEP, there were very nearly 3,700 wage theft violations reported from August 2006 through August 2010 in Palm Beach and Dade Counties.

Wage theft is defined as having occurred when workers are paid below the minimum wage, not paid for overtime, forced to work off the clock, have their time cards altered, are misclassified as independent contractors, or are simply not paid a wage for work performed.

The Wage and Hour Division of the US Labor Department, which RISEP says is responsible for enforcing federal labor laws, recovered more than $3.5 million in wages owed to workers.

More FLORIDA EMPLOYMENT LAW News
And yet, until Miami-Dade passed its ordinance and Goodson introduced his bill that would largely duplicate what Miami-Dade was doing, the Fair Labor Standards Act (FLSA) and the Florida Minimum Wage Act reportedly excluded large segments of the workforce, either due to their occupation or because their employers were not engaged in Interstate commerce.

For its part, the Florida Retail Federation was not happy with the Miami-Dade ordinance and challenged it in court on grounds that, among other frustrations, the ordinance increased the costs of doing business, and in some measure duplicated federal and Florida employment labor law.

The Federation, it was reported, brought the idea of a state bill regarding wage theft to Representative Goodson and reportedly helped him draft the legislation. If that's the case, then the Miami-Dade ordinance may have served as a brief but important catalyst for the revised Florida labor and employment law that is coming.

Posted by
michael
on February 18, 2011
If the reporter of this article is disgraceful. If he actually reads The Florida Wage Protection Act on which he is reporting, he will find that his statements regarding the act are incorrect. Rep Goodson's bill removes protections for workers and replaces them with nothing. The Wage Protection in Goodson's bill is only protection for employers against enforcement of local/county protections.