Fixodent Zinc Poisoning: "They Don't Tell You How Much Is Too Much"

Hedvig Ahlquist, a 56-year-old nurse from Saskatchewan, is leading a class-action lawsuit in Canada against two denture adhesive manufacturers that could potentially extend across the entire Great White North. According to the Canadian Press (CP), lawyers have filed statements of claim against GlaxoSmithKline and Proctor and Gamble in both Saskatchewan and British Columbia, alleging the manufacturers failed to warn consumers about the dangers of zinc in denture cream. 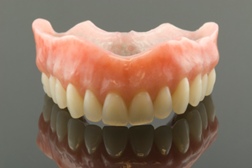 Ahlquist is one such victim of denture cream zinc poisoning. Ahlquist told CP that given the rigors of her job as a nurse, together with the fact that her working days involved 12-hour shifts at a local hospital, she routinely kept a tube of denture adhesive with her at all times. "I was probably using a tube a week," she said.

"I carried this in my pocket at all times because I kept (using it)—you know as soon as my dentures started slipping around…because the stuff of course wears out."

Last year, Ahlquist began feeling ill. Her arms and legs tingled, she was constantly fatigued and in a great deal of pain. "I've got horrible aching and pain," Ahlquist said from her home in Broadview, Saskatchewan. "I haven't been able to get a good night's sleep."

It is the job of any good nurse to know and digest information pertaining to medical products. Had the manufacturer of her denture cream included a warning against the potential for denture adhesive zinc poisoning, Ahlquist would have heeded the message. But there was no such message at the time.

Proctor and Gamble, maker of Fixodent denture adhesive, continues to use zinc in its products, but it recently added a warning to consumers to follow directions and avoid excessive use. However, GlaxoSmithKline (Glaxo) no longer does. CP reported that Glaxo, in its Q2 reporting, indicated that it had reached settlements in principle with most of the lawsuits launched against the manufacturer in the US.

More FIXODENT DENTURE CREAM POISONING News
The BC woman experienced stiffness that led to the development of an unusual gait that impedes her capacity to run or jog. Davies has also developed speech problems, has difficulty expressing herself and was forced to take a medical leave from her job running an insurance office. She has since returned, but at reduced hours.

Like Ahlquist, Davies has registered her case against GlaxoSmithKline and Proctor and Gamble, hoping it will lead to a class action. Her lawyer, Darren Williams in Victoria, said that Health Canada—the government regulator in that country—regulates the amount of zinc in the product, "but the product [instructions] don't tell you how much to use."

Williams said that the instructions suggested the user apply more adhesive if the dentures don't stay in place at first. "They don't tell you how much is too much."